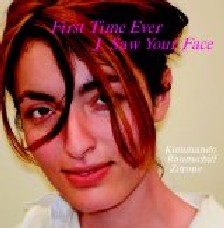 The intrusion of a popular song into an eai performance always has a dual character. Ever since Rowe began using tapes of Lou Christie's "Lightning Strikes" or the Beach Boys' "Barbara Ann" in early AMM shows, I bet the reaction of thelistener hovers between the immediate enjoyment of a juicy, sweet piece of candy and the troubling feeling that one is succumbing to an all-too-easy temptation.

On the plus side, it's often the case that the frame provided by an improvised work casts the song in a surprisingly good light. When "Son of a Preacher Man" erupted in the midst of a Rowe/Burkhard Beins set, one of the first things to cross my mind was, "Damn. That's a really nice song." Typically, Rowe would engage in the excellent practice of abruptly cutting off whatever song he happened upon just about when the listener was in "danger" of settling in and enjoying it, though in the case of Dusty Springfield, he let it go on for a length of time that's both beguiling and uncomfortable. When does a song become a crutch, a convenient hat-hanger in a welter of noise? It's a tough judgment call to make.

Christof Kurzmann has been messing around in a similar area in recent years. His duo with Burkhard Stangl, "schnee_live" (Erstwhile) used Prince's song, "Sometimes It Snows in April" as a basis for a 1/2 hour "improvisation", seguing into and out of the thematic material, ending with an updating of an Austrian drinking song. It's lovely and, essentially, I like it a great deal even if there's something nagging at me. Something that says: using popular song in eai is like steroids in baseball (at least in the general public's opinion--I have my own thoughts about that whole business, but never mind). It's....cheating, maybe. Maybe not. My opinion fluctuates.

So, along comes this recording by Kurzmann and Kai Fagaschinski (here referring to themselves as Kommando Raumschiff Zitrone (don't ask me)) bearing the title and containing two versions of Roberta Flack's "The First Time Ever I Saw Your Face". The album's cover, btw, is a photo of one Marisol Sanchez whose lovely visage was reason enough, I suppose, to so use her as there's no other overt connection to the disc. The first track is a 12 minute rendition of the Flack song, beginning with softly strummed acoustic guitar (from the original? I don't think so, but neither musician is credited with guitar, so perhaps it's sourced from elsewhere) and some languidly bitter clarinet (both musicians are clarinetists), establishing a edgily romantic mood and then...well then, Ms. Flack herself comes in singing. They essentially accompany her for several minutes with microtonal reedwork and subtle electronics. Again, the first impression is, "What a lovely song!" You appreciate it on its own terms, in this context, much more than you (or, at least, I) ever did before. It also provides a very nice "spine" for the improvised accompaniment. To their credit, this duo dispenses with the theme after three or four minutes, using its "ghost traces" to improvise off of for the bulk of the piece. A briefer "reprise" closes out the disc, four non-thematic though relatively tonal pieces are sandwiched between.

As always, I go back and forth on my feelings. Initially, the undeniable frisson of pleasure at the integration of abstraction and song-form carries the day. On second listen, a sense of...disappointment sets in. Third and fourth tend to hover between those poles. I like it, but...is it ultimately so substantial? Is it even trying to be? The mere fact that it raises these questions, of course, is a good thing on the one hand. On the other, though, is the existence of music that is "past" asking these questions already. Well worth hearing, in any case.
Posted by Brian Olewnick at 9/21/2006 04:43:00 PM

Just found out about your blog today. Great to read you outside of the confines of a forum.

Thanks very much, Mwanji. I greatly appreciate your comments on your own blog....

Gerardo, first--real sorry you were unable to make it. I posted a brief description of the Mattin/Barnes set at Bags. The other highlight for me was Los Glissandinos (Kai Fagaschinski and Klaus Filip) which was a far, far more tonal, even romantic set. Nice opening set by Jerman/Davis, though with a bit more shuffling of natural percussion than I would have liked and two fairly tepid sets by Weisblat/Eubanks and Scenic Railroads.

I had to miss last night, dammit, due to it being my 27th wedding anniversary....

But nice to hear about those cool sets, thanks for the report. Hope to read about Saturday and Sunday (especially Sat., that night seemed like the most interesting one)!