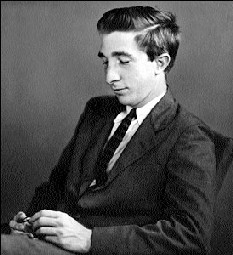 I spent much of my adult life thinking that I wouldn't enjoy writers like Updike. There was something about that generation, not quite of my parents but a good 15-20 years before mine, that left a bad taste in my cultural maw. That just-pre-hippie (though not Beat) bunch of effete white guys who wrote about the angst of wealthy Westchester-ites. I just couldn't imagine having any interest in them. I do remember reading, maybe 30 years ago, a large collection of Cheever short stories, probably in my folks' collection, some of which I thought very strong but I shoved it aside in my head, arcing out into more exotic terrain.

Updike, Roth, Mailer, Heller; all these guys were back-burnered and then some. About ten years ago for some reason, I read Updike's "S." and loved it. I then got ahold of "In the Beauty of the Lilies" and loved it more. I read "Toward the End of Time" and thought it was one of the finest SF novels I'd even encountered. "Seek My Face", however, muted my enthusiasm a few years back and I let my nascent Updike passion lay dormant for a bit until, a couple weeks ago, figuring I should start at, or near, the beginning, I went out and bought "Rabbit, Run".

What an amazing novel. A few years ago, I'd read "Revolutionary Road" and was totally knocked out, thinking that this was about all that could be said re: 50s middle class America. While that one holds an edge in pure ferocity, "Rabbit, Run" might even do it one better in thoughtfulness and deep understanding. His empathy for the generally repugnant central character is wonderful/terrifying as we (I think I can generally assume, at least among those of us raised in similar environments/cultures) recognize more of ourselves than we're usually comfortable admitting. All the more shocking and impressive that this was written by a 28-year old. I'm fairly sure I wouldn't have had near the appreciation I do had I read this much before I was 40. Updike beautifully lays out the antecedants for much that would follow in the ensuing decade. You can feel the 60s counterculture bubbling beneath the psychological surface here even if it's given no direct allusion.

I brought him up on a Jazz Corner thread and opinion seemed split pro and con on Updike in general. The cons appeared to have similar reservations to those I held before finally taking the plunge. I think at least some of the dislike has to do with the reluctance to deal with some unsavory self-recognition.

Leaving for a week in France on Thursday night. Picked up some reading material yesterday: