Al Jones has been issuing music on his Marginal Frequency label since 2016. Unfortunately, for this listener, most of it is on cassette. I haven't had a working player in more than ten years and never really liked the medium so won't be rectifying the situation. Happily, Al has obliged my inadequacy and sent me burns of some recent releases, all of them at least interesting and he's also put out some fine stuff on good old vinyl, so some brief thoughts: 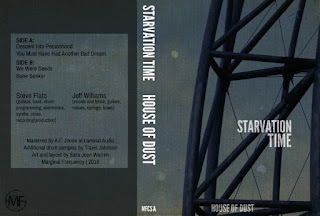 Steve Flato (Guitar, Bass, Drum, Electronics, Synth), Jeff Williams (Vocals, Lyrics, Guitar) with drum samples from Travis Johnson. I kind of chuckle at myself listening to this as it's so far away from my normal likes...but I like it very much. A deep repeating throb that's downshifted once to, with great simplicity, summon forth a range of pop allusions, overlaid with a wonderfully chaotic welter of splintering noise and mutilated vocals. Maybe it's partly the audio clarity where I expect to encounter sludge; there's a surprising transparency here, extremely spatial. This first track morphs into a slightly more standard but still extremely enjoyable guitar/cymbal-tap driven piece, with somewhat less distorted vocals that sounds, I don't know, like what The Golden Palominos might be doing today if they were still good; totally absorbing. "We Were Seeds" settles even more deeply into the groove, chugging along with shimmering guitars offset by excellently paced percussion breaks, then revving up once again. "Bone Seeker" (great title), tones things down just a bit; it's almost stately, although discontent clearly simmers underneath, a regular beat winding through a haze of guitar and electronics, baleful, gray, Williams' vocals slowly becoming more and more intense and frenetic. Not sure where on any rock spectrum one would place this (dark prog?) but it's one of the best rock-oriented releases I've heard in years. 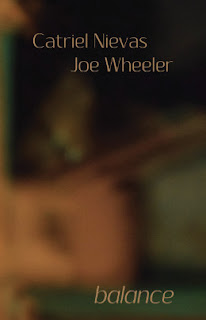 No instrumentation is credited (I don't think--as said above, I don't have the cassette, but nothing's listed on the Discogs entry) but the six tracks seems largely made up of field recordings with a gradually increasing presence of electronics and some guitar. And despite those tracks, I hear the recording more as a single piece (a suite, in any case) that shifts focus back and forth from the everyday world (kids playing, vehicles, random clatter--there's a portion on the fourth track that startles me every time I hear it--I swear someone just entered the house, talking in Spanish) to the more hermetic territory of post-industrial electronics. It's a solid, sinewy and thick voyage, absolutely riveting. There's a somehow convincing quality to it; nothing feels forced everything flows--not smoothly but logically after a fashion. The pacing and layering-in of both recordings and effects is imaginative on its own and even the clear acoustic guitar on the last track seems as though it had simply been patiently waiting its turn. A really fine recording--I think the first I've heard from either musician. Eager to hear more. 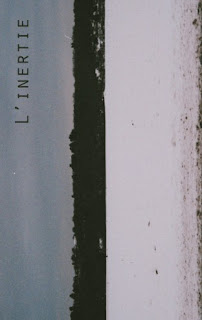 Two drone pieces provided by electronics (maybe guitar from de Asis, maybe other sources), both quite lovely. "La Paresse" has a tonal nature, though retaining nicely spiced lines to offset any sweetness overload. Several layers, one shimmering rapidly, one or two unspooling slowly and luxuriously, perhaps more. One gets the sense of some "hidden" melodic material  in there, some Riley-esque patterns buried deeply enough to leave only the vaguest of traces. In "La Lenteur", it' the smoothness of tooled metal, cooler and fluctuating in a queasier fashion, in microtonal pitch shifts that almost sound as though sourced from bandsaws, though swaddled in gauze, all over long, deep throbs. There's a subtle change of focus a few minutes from the end, just briefly, but the music then swings around to a similar setting, an adjacent workroom perhaps, the low tones deepening, gathering force. An impressive performance, one of the better drone-type recordings I've heard in a while. 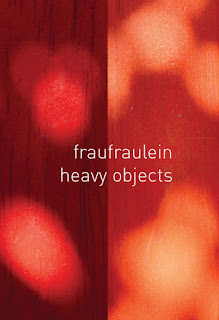 How nice to have some new Fraufraulein! Anne Guthrie (French horn, objects) and Billy Gomberg (electronics, bass guitar) have a special way of creating all-but-casual soundscapes from found materials and horn snippets, often subtly underlined by Gomberg's essentially melodic take on things. There's a relaxed feeling, walking speed, but extremely observant, choosing sounds with a balance of care and nonchalance. There's a sense of a pure field recording that happens to contain musical elements as part of the environment, as when the (I think) small horn burps bubble to the surface about 12 minutes into 'One of Us Always Tells the Truth'; very engaging. Firecrackers in the street begin side two, 'When We Evaporate', sharing space with muffled bass plucks and soft, wistful horn lines, all soon blending with the general, urban ambience outside the window. More small explosions, as though recorded on July 4th or Chinese New Year, airplanes passing, distant radio. Toward the end, the bass becomes a bit more insistent, even establishing a rhythm, Guthrie's horn wafting atop, a very fine coalescing of all that's transpired before. Excellent work all around, a real treasure. More, please. 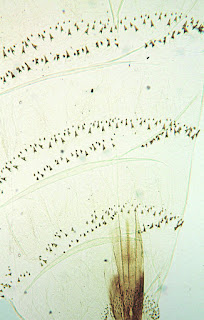 'Kindred' begins, quite unexpectedly, with a marvelously obscure cover of Eno's 'Taking Tiger Mountain' (the duo assisted on this track by Judith Hamann, cello and voice; Alexandra Spence, clarinet; Cristián Alvear, guitar; Al Jones, lap steel guitar, voice; Gregory Moskos, piano; and Tim Clément, tapes), burying the original beneath swaths of gentle sound and the hazily bent vocals where the tune's melody is limned. It's the start of an enjoyable journey, the music acquiring more of a crust as it goes . as Clément and Ruhlmann take over. "Against What Light" is chillier, bits of windblown grit coating the sleekness, a voice explicating revolutionary theory (perhaps in homage to the mind of Cardew's tiger), gulls, low moans. Side Two opens with the length 'Between Regions of Partial Shadow and Complete Illumination', picking up where the last track left off, more meditative at first but soon becoming nervous, agitated, the crackles and hums providing more tension than solace. Voices appear again, but they're eerie, more disembodied, swirled into the hum which churns along, very enjoyably, until the inevitable dissipation. The concluding track, a footnote titled, '*', continues the general flow, seeming to want to circle back to the beginning before veering suddenly into thorny high pitches and ending abruptly. Very, very satisfying work. 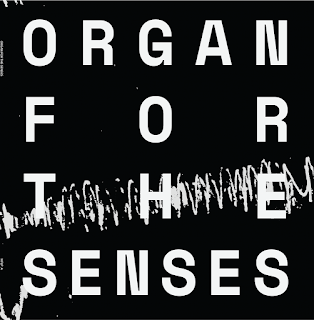 Four works composed for and played on the (apparently) well known and regarded Spreckels Organ in San Diego, California (see image below) and issued by Marginal Frequency in LP format (yes! Their first such!). Pisaro's 'Secular Reason', performed by Justin Murphy-Mancini, is unusual for him, and not only due to the instrumentation. He uses what I'd call very "traditional" pipe organ sounds: the rich, thick chords that I think most of us recall from our youth, and/or perhaps horror films. He sets out, for the most part, three chord sequences, high-low-high, in varying but fairly close pitches. They're like isolated portions of fanfares or chorales and cause a certain amount of (intended?) discomfort as the listener wants to place them in a larger context but is not allowed to. Until, several minutes in, an underlying chord, briefly, ties matters together. After a short silence, the chords have splayed out into a wider pool before a recursion to a version of the beginning pattern, stretched out and underlined. I've found there's often more to glean from Pisaro's scores than meets this listener's ears and would be curious to see what was up on this one. A final, lengthy chord that attenuates as it lingers brings to a close this odd piece, simultaneously making strong reference to tradition (the sounds utilized) and the new (its structure). 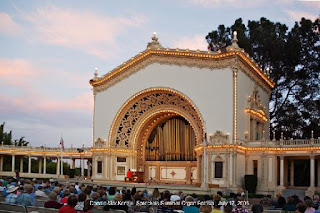 'An Inside-out Map of the Spreckels Organ Pavilion', by Samuel Dunscombe (also played by Murphy-Mancini) explores the innards of the instrument. The sounds--thin whines, airy rushes, crackles and more--still retain vestiges of "organ-ness" and more, of extreme power and force. One feels like a tiny organism caught within the pipe system, buffeted around by its inner workings. A wonderful enveloping and mysterious piece. Steve Flato (showing great range traveling from the previously reviewed Starvation Time to here) contributes a marvelous work, 'Face South Toward the Storm', a darkly eddying piece (played by Jared C. Jacobsen) where muted, tense chords vie with electronics to create a somber, misty place. In the shadows, though, vaguely Messiaenic chords emerge, glowing and hopeful. About midway through, there's a beautiful dropout and a renewal of clear, lovely tones, almost ethereal. A really great piece, maybe my favorite thing heard from Flato over the years. 'Artificial Horizons' is co-composed by Celeste Oram, Wen Liu and Johannes Regnier (performed by Jacobsen with the addition of vocalist Mary Glen Fredrick). It's a little all over the place, having some almost theatrical sounding riffs near the beginning, changing into spacier, ring-modulator-type of sounds, then introducing the spoken text. There's a repeated two-note "melody", with variations that pops in now and then to give a common thread. It's an interesting piece, maybe a little unfocussed, but something I'd very much like to hear expanded upon; it sounds almost like an extract from a much longer idea.

A very fine release overall, in any case, offering equal amounts of (unusual) challenge and reward.

Marginal Frequency has become an extremely fine imprint with ten releases as of now and, hopefully, many more on the way.