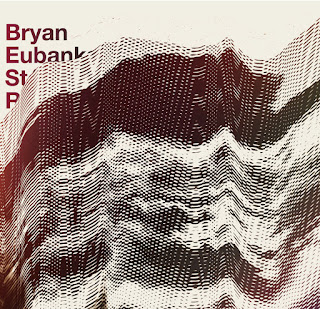 It's too tempting, writing this a day after the Paris attacks, two days after the bombings in Beirut and knowing of Rives' having lived for a long time in both cities, to draw some relationship between the horrors undergone in those cities and the extreme, keening sounds encountered here. Too facile, no doubt though Rives has long evinced deep political awareness; I'm sure Eubanks has as well although, in my experience, Rives has done so more publicly. It's an intense set, in any case, lasting only a half hour but filling that span well and, to its credit, uncomfortably.

The last time I saw Rives in Paris, playing solo at l'Église Saint-Merri, he seemed able to wrest as many as three distinct tones from his soprano and, in conversation afterward he said that this was the case, though he required reeds that were "damaged" in a certain manner to achieve this. Here, there's such a smooth blending with the sounds Eubanks conjures forth from his oscillators and feedback synthesizers that it's tough to tell but also, not so important. Depending on your volume setting, the beginning of "fq" could seem claustrophobic and oppressive. I turn it down a bit and hear all manner of things: high, quavering sine-like waves meld with equally high though grainier soprano lines, small, sputtering irregularities along for the ride with the latter; delicate interplay between them, thin weblike strands circling, catching, looping; what seem to be automotive sounds from outside also enter (though I suppose they could have been electronically generated) opening out the sonic space significantly, which space is treated with soft clicks and, throughout, Rives' super-subtle reed manipulation. There's a surge some eight minutes in, the wrenching electronics bringing things to a sudden stop, out of which a darker sensibility emerges for a while, transforming into an amazing birdcall-like section, dense and intense, arcing sounds whipping across the spectrum as though from some robotic jungle. Great stuff. A bit of a reverse arc ensues, the exterior sounds more prominent (though somehow also more "separate"), Rives in (or at least close to) that three-tome territory, the music gradually thinning, almost ending. There's a brief rearing up, however, Eubanks' oscillators matching those split tones and then some, setting one's inner ear to ringing and buzzing, eventually closing gently enough but with that fine sense of discomfort intact.

Brian, delighted to see you have started to write about music again!