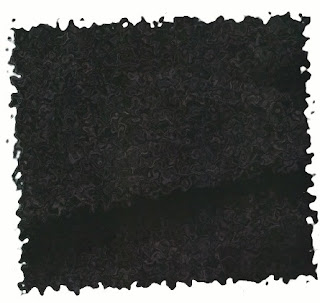 Quite a wonderful very different kind of recording. Guthrie's taken a field recording concept and extended it into unexpected and moving areas. Several people have written on this release already, and written well, often noting how the album is quasi-symmetrically structured which, indeed, is interesting. The first two pieces are variations on Bach's "Cello Suite No. 2, Prelude" which Guthrie performs on her standard instrument of choice, the French horn. As Richard noted, it sounds as though she's playing for her own enjoyment in her studio, the window open allowing the sounds of the street to be clearly heard. The performance itself is rough, as though she's only begun to negotiate the undoubtedly difficult transferal from cello to horn. But one gets the sense that her ears were perhaps as much attuned to those exterior sounds as her horn and that the idea for the subsequent piece percolated at that time. In any case, that's the narrative I get as listener as in track two, the environmental sounds become wooly and richly blurred (offset with some metallic clinking), the horn compressed and kneaded into a sound reminiscent of a Terry Riley electronically enhanced soprano (though better). It's a wonderful piece, made even more so by the connection to its forebear.

The middle cut, "Times Center, NYC 2010" for quite a good portion of it's 9 minutes plus seems to be just that, the harshly limned sounds of people in a large interior space (one can almost see the fluorescent lighting). But there's a soft ringing thrum that subtly emerges every so often, casting a warm glow on matters. That glow morphs into a more insistent, higher pitched thrum, begins to establish a more equal footing with the screeching children and that odd, indecipherable vocal din you hear in such spaces; ultimately it's all you hear. In some ways, the piece is a variation on ideas found in Pisaro's "Transparent City" compositions, and a very lovely one.

The last two reverse, in a way, the approach of the initial pair, the first being a diffusion of the second. We hear what sounds like a treated recording of traffic whizzing by, possibly overhead (I was very much reminded of a favorite concert, Sean Meehan, Greg Kelley and Zach Wallace, playing very quietly beneath the FDR Drive overpass at 38th St. as cars roared above). It's a ghostly enough sound and when Guthrie enters, softly keening the Scottish ballad, "Annie Laurie", that spectral feeling is redoubled, like a spirit on the wind. As the piece enters its final minutes, the automotive volume is pushed, the machines achieving a sound like enormous hornets, the plaintive voice still peeking through--wonderful work. Guthrie then closes with a simple, but utterly beautiful, rendition of the song, sounding as though singing inside a park tunnel, the sounds of the city in the near distance.

An exceptional recording, one of my favorites of this year. 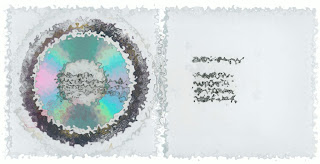 Kamerman's release, on the same label, is slightly different. 20 minutes of severe noise in two discreet streams, one a general rough burbling, like an extremely active lava cauldron, the other a series of kind of accelerative sounds, with a revving quality, short bursts that appear like accents in the boiling flow; at the conclusion these seem more like chainsaws than anything else. It's pretty incessant, save for brief gaps of digital silence scattered throughout. There's a sense of amorphousness about it, ameliorated somewhat by those revs and silences, but overall possessing a massive, slab-like aspect that, I think, would lend itself more to a live experience, at substantial volume, wherein the listener could bathe (or burn). On disc, at necessarily limited volume, it's fine but I have the feeling I'm missing something, probably including the vibrations that would potentially disrupt my bodily functions were I in the same room.

Thanks for your insights on these albums. The Anne Guthrie one has grown on me though I wasn't all too sure at first. After your thoughts I'll definitely have to revisit it some more. Cheers.