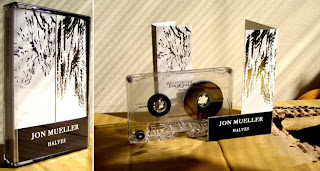 Continuing down the path taken in other recent recordings of his, one that more or less parallels that trodden in recent years by Jason Kahn, Mueller works with steady rhythms, building dense layers of cymbals (played with either soft mallets or fingers) and drums (generally heard in roll patterns). The obsessive nature can yield handsome dividends when the elements lose their individuality and fuse into a storm of near-chaotic but always forward-propelled sound as is the case on the second and fourth tracks of this cassette release. More with this kind of release than many, one really would like to experience this music in a live setting so as to be immersed in the shimmering waves and beats. Still and all, very enjoyable at home. 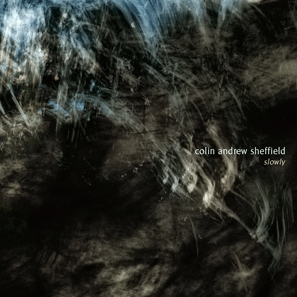 Sourced from "various commercially available recordings", this set of four pieces has a strong tonal underpinning, though the source material is transmuted enough to render it (to me, anyway) unrecognizable. One might hazard a guess at some string music or other ambient work, tough to say. Whatever the case, the result is a thick mass of sound, pulsing slowly (as, given the tile of the record, it should), entirely pleasant but blurred to a point where the kind of granularity I like hearing at this end of the spectrum is largely lost. Nice enough post-Eno sounds but lacking the grit and sense of danger to vault it out of the routine. 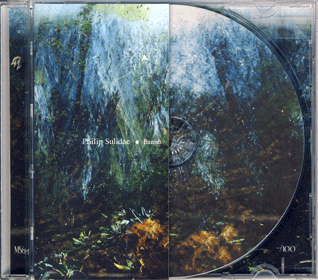 In some ways, not dissimilar from the above. Though Sulidae (a name new to me, out of Australia) uses far more in the way of found sounds and, thereby, provides the listener with more irregularity, grain, etc. these elements are embedded into a drone-y flow, a sluggish stream that flows slowly past. It's darker than Sheffield vision, the resonances providing a glimmer of dread now and then but still...that sense of pushing oneself, of being uncertain as to the outcome of a given mix of sounds, of surprising or the listener and compiler, is largely absent. Again, not an unenjoyable listen by any means, but not a particularly challenging one either.