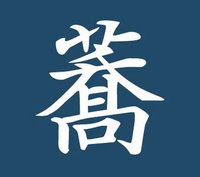 From the opening, plosive pop, you know you're in for something special. Free, extreme vocalizing isn't the easiest thing on my ears; I often have much trouble getting past--not that I should, necessarily--the overt psychological aspects of it, or at least being able to balance those against their purely sonic value. With Ami's work, especially when, as here, she dwells mostly in what may be thought of as "strangulated" mode, it's tough not to picture her in some difficult-to-watch state of...seizure? But getting to the point of being able to mentally flip-flop those conditions, as I was eventually able to do here, allows one to experience an unusually powerful and, yes, emotional event. Not to relegate Toshi to the background. One almost necessarily foregrounds the human voice but Toshi is nothing short of amazing here, generally residing in the harsher, sunspotty reaches of his nimb, but varying the texture and pacing of his contributions with extraordinary touch and ear. The things that emerge from him at right about the 1/2 hour mark are just absurdly inventive.

A single track, ideally heard when played quite loud (the departing spouses and neighbors will be worth it) so the richness of detail emerges, and rich it is, like a split stone. Rough throughout, elements spaced irregularly but, in retrospect, with precision and an enormous range of colors. Rather surprisingly, the two recorded separately so that "Soba to Bara" is an after-the-fact construction; I daresay one would never have known--the balance is perfect all the way through. In fact, I even sense something of a growing cohesion as the work progresses; the last several minutes strike me as particularly exquisite.

Not sure there's anything out there quite like this, with that kind of brutal/delicate balance. Great, uncompromising recording.

Could we get much further from the above release? The three main tracks (Cuts one and four are kinda throwaway) attenuate song forms in a loving and obsessive manner. They go down easily, yes (this is Erstpop, after all), but like a highly carbonated beverage, with much to tickle the auditory canals, each static burst paired offset with a mellow throb, each clarinet squeal twinned with gorgeously strummed guitar. The duo uses several pop or folk pieces as touchstones, Phil Ochs to Neil Diamond, in every case paying deep and sincere respect while pulling and stretching the constituent elements into unique shapes, magnifying tiny textures or melodic kernels, always somehow maintaining the song form. Stangl has a number of stunning moments on guitar and Kurzmann's voice, for me, works far better than I've heard before. The music on the long cuts is strong and enjoyable throughout but achieves something like transcendence at the end of the last track when that eai classic "Song Sung Blue" has its dulcet genes grafted into a scratchy vinyl recording by the Austrian singer/yodeliste Maly Nagl. Why it works, I've no idea, but it's brilliant.

The sweet lemon sorbet to the bitter, powerful noodles and soup.

the departing spouses and neighbors will be worth it, but what about the arriving police?