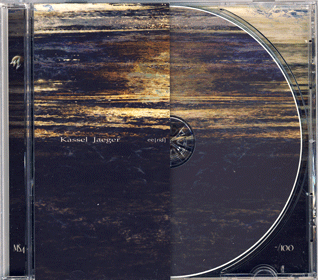 I'm given to understand that there's no such person as "Kassel Jaeger", that it's a pseudonym of a sound engineer who works at the GRM studios. Whatever. This is a fantastic disc, swimming in lush, creaky, wet, shivery, extraordinarily dense matrices of sound, constructed in broad slabs with little narrative arc, as though sliced from a much larger "loaf". The last track in particular, "infra", is exceptionally strong, a wooly, bracing ride that leaves bruises. Limited to 100 copies at mystery sea 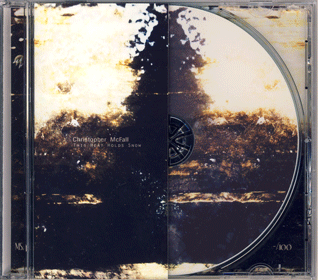 In several senses, not so dissimilar from the Jaeger, but both subtler and a tad less immediately engaging but probably as ultimately potent. McFall has released several strong discs in recent years and this one fits in well, utilizing field recordings with who-knows-what else, forming bleak, windswept soundscapes that might not immediately wow, but steadily work their way under one's skin. Another very good recording from McFall. Also limited to 100 copies at mystery sea

[if an image exists of this release, I canna find it]

From what I've heard of his work in the last couple of years, Rodgers has been moving in an increasingly tonal, "traditional" direction. What's interesting is that this move, obviously, is informed by the more overtly avant music he'd earlier created. That influence is more subtle than it is overt; the casual listener will pick up more Robbie Basho than Rowe but that, of course, is fine. For all that Rodgers allows the street sounds of London to seep in around the edges and sometimes dominate, the music has more affinity with late Fahey than anything else. Rodgers has his own melodic conception though, one that's very enchanting--even sweet--, very personal and altogether very tasty. black petal
Posted by Brian Olewnick at 10/04/2008 09:50:00 AM