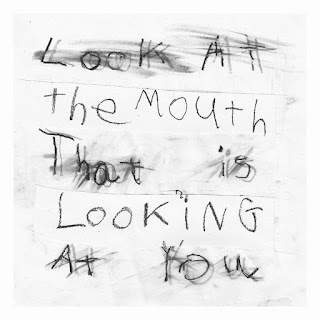 When I listen to a piece for the first time, I like to do so with as few bits of advanced knowledge as possible. I'll know the composer/instrumentalists, label, etc. but I'd rather not know the conception or "story" until later. With this work, conceived by Olsen (voice, guitar, amplified objects, field recordings) and wonderfully realized with Debora Alanna (piano, organ), Erin Cunes (voice) and John Luna (voice), I received a strong sense of narrative, of an epic journey of sorts, somewhere into the north. I flashed on William Vollmann's 'The Ice Shirt' a number of times. It stretches over 77 minutes, in three pieces titled, 'The Event', 'The Descent' and 'Lost' and among the many threads running through, three are sounds I think of as dockside, like ice-bound boats being softly buffeted against piers. How to describe? The keyboard parts are slow, rich and melodic, seeming like snatches of existing songs or hymns. Luna's voice is often listing words, as from an interior inventory ("deck...mind..sim..rah-sim...mind...") while Cunes sings clearly and ethereally. Voices appear like ghostly, hollow whispers, chilly and hard. Sometimes there are tinges of Ashley but more remote, odder.

When one reads Olsen's notes and comes to realize that the basis for the work was a stroke suffered by a friend of his, Craig, and that the piece is meant as a kind of portrait ("He is here--in these notebooks and in this score"), the sounds necessarily acquire whole other connotations, yet that initial (unsubstantiated) impression lingers, a kind of filter through which I hear the "real" meaning. I find this fascinating and hope Olsen doesn't mind my "input", so to speak, as listener. Whatever the case, it's a fantastic, enchanting, bitter, mysterious work, unlike anything I've heard in a while. Very special. 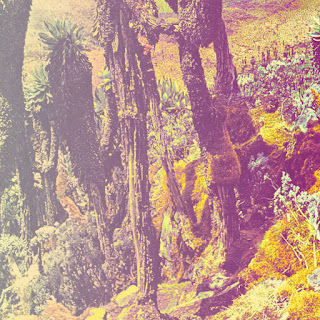 As has generally been the case in the last ten or so years, a new release from d'incise comes as a gentle and intriguing surprise. The disc is in two sections: a four-part suite titled, 'L'Anglard de St- Donat' and a two-part work called 'Le Désir' ('certain' and 'serein'). 'L'Anglard de St-Donat's four to six minutes portions are apparently based on the mazurka form, though this listener couldn't discern that relationship. Instead, we hear ringing, sometimes subtly piercing sustained tones derived at leas in part from bowed metal. As intense as they are, they're never without some kind of tonal basis, sometimes, as in the second part, even appearing in sequences of notes that might just about qualify as a melody (I imagine this is one evocation of the mazurka). The third has organ like chords billowing up gently and acquiring a bristly layer of fuzz before being responded to with patient, deep string plucks while the final section has clearer organ tones accompanied by a worried seesaw from bowed metal or string. The whole suite is heady, contemplative and absorbing.

'Désir' is a very different creature, performed live on "detuned/retuned" organ along with bowed metal sticks. On the first part, a steady, almost lilting three-note melody/rhythm is heard, a sequence that turns oddly queasy with the introduction of slightly off-pitch metal. One feels as though on a rocking boat, nausea filtering in around the edges. d'incise switches to a different three-note pattern a third of the way through, more propulsive, the music acquiring something of a Tony Conrad aura, the bowed metal sounding like axles struggling along under a heavy weight. The rhythm shifts once again in the final third (the pice runs 15 minutes) into a more sing-songy, stationary mode, content to wobble back and forth beneath the soft moans until cutting out entirely. Excellent work. 'Serein' is indeed serene in the sense that a consistent, single note is struck, about once every two seconds, over a steady reed bed, but the keening tones of the metal are more splintered, even anguished, writhing. Over the last minute, the organ disappears, the metal curling smokelike and acrid, into the sky.

Thank you so much for this thoughtful and nuanced account. For my part I agree with your notion that the stroke as a conceit becomes a kind of threshold for entering stranger terrain. When we were recording in fact, a lot of what I myself was trying to work out of my own experience with epileptic seizure... something that directly impact the part of my brain that controls the ability to cognitively process language (read or speak) and involves blackout episodes of lost time & memory; as such, they have become the base of a sort of shadow-poetics for me. I should quickly add that it is not my voice that is saying those rather hard, strict-sounding words you mention (I am the varyingly distorted, somewhat marinated-sounding tenor you hear elsewhere, and also responsibly for a lot of creaking, clapping and other percussive noises.) I am honestly not sure where Lance found those or whose voice is saying them (it may be his). My reading of them at this point is that they connect to Lance's long-term involvement with Zen Buddhism, but that is not an interpretation that I have confirmed with him.