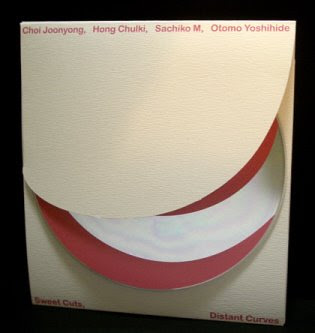 Trying to elucidate what makes a release like this one stand somewhat apart from many other worthy recordings might be something of a fool's errand, but one thing that I kept thinking about was how the pitch range used here, high to low and in between, oddly resembled that which one might get from a "standard" quartet, rock or jazz--maybe even a vocal group, with soprano, alto, tenor and baritone. Not that these musicians stay in parts but that there's usually a fullness here that's a bit unusual in these realms. They also mitigate between dronage and short, harsh bursts, finding a juicy middle ground with regard to those choices, a fine balance among brief hums, sharp scratches and gentle pings. The music is "full" as opposed to sparse (again, relatively speaking), with an airiness between sounds more often found in acoustic settings. Whatever, an excellent disc, certainly one to hear. balloon & needle 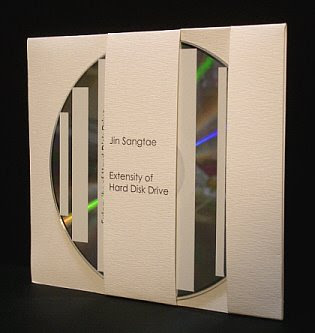 Jin continues a recent interest of his in overt rhythmic elements, mechanical but gritty at the same time, playing amplified hard drives. Though the rhythms are static, the sound envelope around them is by turns billowy, rough, grainy, feedback-laden, making for an intriguing dichotomy for the listener to deal with. Sometimes things become almost primitively tribal, albeit a faux kind of primitivism I associate with bands like Birdsongs of the Mesozoic. It's rocky and disjointed listening, not easy, and though I'm frankly not sure if this particular avenue is going to be one I'm prone to enjoy negotiating in the years to come, I'm glad there's someone out there testing the environs. balloon & needle 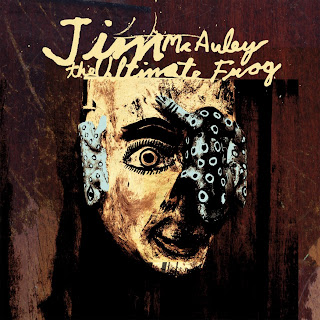 24 duets (save for the closing piece, a solo dedicated to the late Rod Poole) on two discs featuring guitarist McAuley with the late Leroy Jenkins, either of the Cline brothers and bassist Ken Filiano. The tracks with Jenkins are improvisations, the rest based on structures by McAuley. He's clearly an accomplished player with something of a classical bent; I often heard him as halfway between A. Spencer Barefield and Ralph Towner (cuts like "Five'll Get Ya' Ten" are an excellent evocation of the latter). Though clearly not an area that intrigues me much these days, I could imagine the "me" of the early 80s getting into this and fans of dense, relatively free, melodic improv will find much to enjoy here. Always good to hear more Jenkins. Nate Dorward has a good interview with McAuley at Paris TransAtlantic from a couple years ago. Drip Audio

A personal aside: Inveterate readers may recall my wonderful trip out west last year to visit my cousin Jana and family. Jana was here last week and I had the pleasure of having a couple of excellent conversations with her. She's an amazing individual, one of the loveliest, brightest people I know. She's also the initiator of a program to teach pre-college students the rudiments of philosophy (I think as early as 12), a great idea she's been promoting for a while. There's a link to her blog at the right. If you've any interest in the area please check it out. My cousin! Whoda thunk?
Posted by Brian Olewnick at 11/02/2008 09:39:00 AM

Oddly I approached that disc with the thought of a classic string quartet in mind, hoping to find some of the nature of such a group in the music. This didn't happen, and on my third listen now I actually am still struggling to tell three of the musicians apart from each other (Sachiko is the obvious exception)

If I didn't know beforehand I might have been hard-pressed to say how many different musicians were performing here. Definitely a very strong album though.

Hi, Being a fan of Johnny Dyani, you may well wish to look at my site www.bluenotes.me.uk a history of Johnny and his colleagues.
Thanks Mike