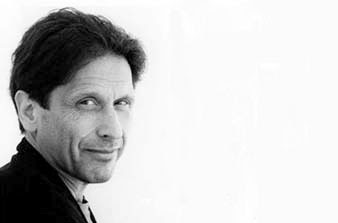 I'm not hugely knowledgeable about Curran's oeuvre; I have a few discs and, of course, know his work with MEV but, that said, this is my favorite, especially Side One. Two pieces for piano, the first for Cardew (played here by Ursula Oppens), written immediately after his death in 1981. A central section of whirling, cloudy minimalism recalls Charlemagne Palestine more than Cardew but is still effective. Bracketing it, however, are two stunning...elegies? Somber, graceful, moving music evoking huge loss. It's very "straight", not in essence too different than, say, a Satie Nocturne. I often find myself wondering if I give too much credit for contemporary works like this, whether composing such is "too easy" for anyone worth his/her salt. I don't think so, given the number of quasi-similar, awful, smarmy pieces one stumbles across, but the possibility gnaws at me a bit. (I think about that with Skempton sometimes as well, but usually brush aside such absurd notions!)

"Era Ora", for two pianists (Oppens and Rzewski), is a more frenetic, precise kind of minimalism; it actually sounds at times a little like the strains Jarrett used to get into in his improvisations in the 70s, just continually beating down one area of the keyboard. It closes with another soft, pensive section, a raindrop-y theme, again quite beautiful.

Not sure of its current availability (no images of this LP cover, natch), but well worth hearing. 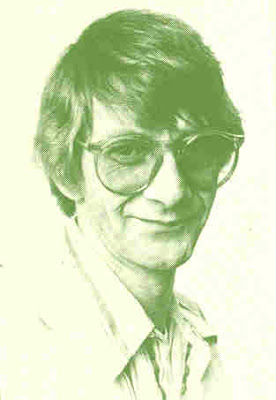 When I first heard the Willem Breuker Kollektief, the first notes I actually encountered were courtesy of pianist Leo Cuypers, the opening chords to the piece "Ouverture, 'La Plagiata'". I've long felt that, despite Henk de Jonge's steely technical ability, the Kollektief lost a vital component when Cuypers left, a liquidity of style, a kind of eeliness, after which the band was never quite the same (despite some excellent recordings early in de Jonge's tenure). Cuypers was one of those players just dripping with musicality, who never lacked for lyricism no matter how outside he went. My understanding was a drinking problem led to his ouster; hopefully he's doing better these days.

I have three LPs under Cuypers' name (though arguably his best, 'Zeeland Suite', I have on a CD burn;). "Theatre Music" (BVHaast 017), from 1977 features a trio on Side One (with Arjen Gorter and Martin van Duynhoven), Breuker joining the group on the second. Cuypers' compositions are typical from this period, lilting, hyper-melodic riffs that probably owe a bit to Jarrett but, imho, are the equal of the latter's pieces from the mid-70s. "G.L.T." sounds like the best piece Dave Brubeck never wrote. Very pretty recording.

"In Amsterdam" (BVHaast 028) is a pleasant solo recital from 1979, pretty enough at some points to be heard as good mainstream film music. Maybe a smidgen of Abdullah Ibrahim influence in here. Not that it's my favorite area of music by any means these days, but I'd love to hear Cuypers come in and play a local jazz haunt, downtown NYC; he'd probably be quite the sensation...

Neither of the above have ever been issued to disc, to the best of my knowledge (no cover images either), so good luck finding them, but that's not the case with: 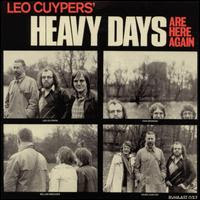 Those cover photos always crack me up. 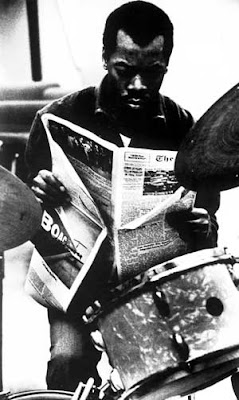 Man, can't believe there's no image on-line of this one. Ridiculous. Well, it is something of a rarity, as I understand it. A live recording from 1974, performed at Columbia University, never, I don't think, released on disc. A pretty great show, Cyrille and Graves playing a few dozen instruments including, in the former's case, his own skin. Wonderful call and response with the audience toward the end, vocally and percussively. I think, at the time I first heard this ('75 or so), I might have felt it was "too earthy", the yowls and grunts perhaps making me a bit uncomfortable. It does sometimes verge on the sort of quasi-mystical nonsense you get at your random Viz Fest but somehow, happily, never gets there. I imagine because Cyrille and Graves believed more strongly in the completeness of what they were about than many musicians these days. Just guessing, though. "The soul is the music!" 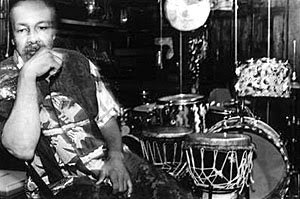 So, I've made it through the C's in my LP collection. Only took a couple of years...

As of Friday, we'll be in Montauk for a couple of weeks, me writing, reading and relaxing. Not sure if we'll have connectivity; if not, see everyone at the end of the month.

So, I've made it through the C's in my LP collection. Only took a couple of years...

Have a great holiday Brian, I have two weeks off of work at the same time that I intend to partly spend getting some writing done.

How was the Soseki book? One of my favourites.

Yeah, I saw Soseki listed among your faves on facebook and, as I'd yet to read him, picked up the two available at the bookstore, Botchan and Kokoro. Liked both very much, the first obviously an "immature" work but fun, the latter lovely and sad.

a holiday, what a wonderful thing that would be!

what's on the horizon after the (unfortunate) demise of audition Richard?

"what's on the horizon after the (unfortunate) demise of audition Richard?"

Beyond the blue horizon
Waits a beautiful day
Goodbye to things that bore me
Joy is waiting for me....

All being well some Cathnor releases Massimo, and something new on the blog front so you don't have to ask me here in Brian's space!!

Mind you he's not around for a couple of weeks, we could have lots of fun here! ;)

Oh I just realised we're going to have to look at those portraits of Curran and Breuker for two weeks... groan :)

[still here, just] Hey, that's Cuypers not Breuker and he looks rather cut there, I think, as does the impish Mr. Curran.

Picked up a passel of new things that had been awaiting me at Erstwhile World Domination Headquarters yesterday, all sorts of stuff including the new Manual and the DVD by a couple of those fellows.

Good luck in Japan, Jon! Wish I could've made it.

Richard, yeah but that post about the pier has been up so long it's almost an institution in and of itself!

also Brian, that picture of Cuypers, well....I don't even know if there are words to describe that look
Curran, on the other hand, could just be the next 007

Hey, it ain't easy finding pics of some of these guys, much less their ancient vinyl! But that's actually a pretty accurate "look" at him from the late 70s.

I'm with Richard, please put up an "I'm away" picture before you go (Luckily I also am on vacation for the next two weeks, so even if you don't I won't see it much :)


By the new Manual you mean 5 modules V, Brian? I have to say I've been really digging that, definitely my favorite of the series and currently among my favorite things put out this year. I'm curious about that DVD too, I'd love to hear your impressions of it.

Anyway have a good trip trip and good luck with your endeavors.

woo-hoo, connected! Think I'll leave the pics up to torture Rich and Robert, though. Leo looks so pettable.

So much for getting any writing done ;)

I won't be that that tortured, I'm off to Japan on monday, by the time I'm checking back you'll be waxing eloquent on the sonic qualities of Montauk I'm sure :)

Everyone that's going or gone away have fun and enjoy the sights and sounds. Good luck Jon in particular if you read this.