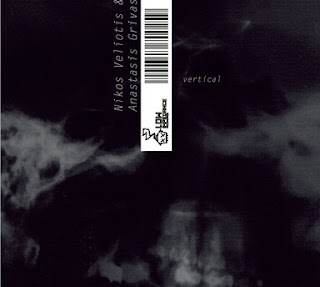 Four drones. Veliotis on cello, Grivas on guitar. Interestingly problematic for me. I like each track--they're not so dissimilar from one another--though if I had to say why, I'd stumble a bit as, listened to non-holistically, I can't define much to pinpoint. They're engaging, but not gripping, really. They're too present to slip into the ambiance, not granular to the extent that you bathe in the sandpaper-y wash. But there's something about them that appeals. Should do a little Veliotis mini-fest, placing this alongside his other work and hear how/if it fits. 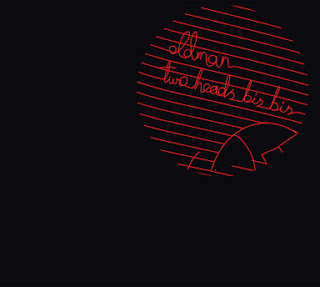 Brian it may be partly because I spent the weekend with Nikos and listened to many hours of his playing, but I really like Vertical and I do find a lot of detail in the drones within. The one thing I would say is that I'd like them to be longer so that they become part of the room more easily rather than just brief glimpses.

Heh, yeah I enjoyed his stuff for a while in the late 80s, early 90s though I haven't kept up.