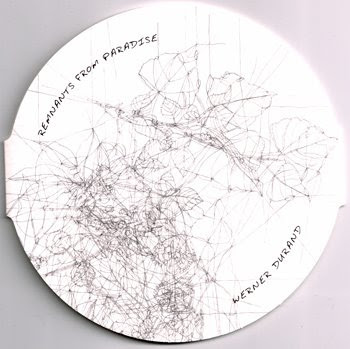 My previous experience with Durand's music (The Art of Buzzing) showed me a man and his tubes, the more vibratory the better. This set of three pieces, compiled between 2001 and 2005, continues that preoccupation, Durand using pipes of bamboo, metal and PVC, subjecting the resultant drones to electronic enhancements and...it's good fun. The strands are rich and not over-sweet, the taffy-like textures acquiring variations via folding and pressing. Spacey? Yes, but not in a bad way. 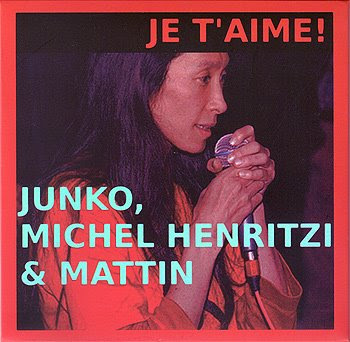 The first time I listened to this disc, I had lied down and, about halfway through its 30 minutes, fell asleep. I woke up, slightly confused, hearing a rich, complex thrumming and thought, "Hmmm...wonder how it got from where I last remember to here?" Of course, the recording was over and I was listening to the apartment's heating system having kicked in. All well and good. As is, this disc begins with almost seven minutes of near quiet--only an subtle electric hum and faraway train whistles; very nice. Then the guitars and yelling enter. I freely admit to, generally, having difficulty with anguished, screeching vocalizations; said difficulty was manifested here. The guitar textures thicken later on, which helps, but overall I didn't find too much to sink my teeth into. That heating unit, on the other hand..... 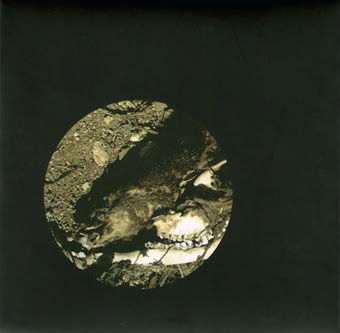 Two cuts, the first with Jon Mueller (percussion, voice) and Carol Genetti (voice) and it's pretty marvelous. Now here's vocal work I can get behind. Slightly guttural and frayed, fairly deep held tones, one rough pitch, allowing the irregularities to interweave and form multiple patterns. Percussion enters seamlessly, smooth and rumbling, Genetti still there though recessed. It turns harsh, Genetti beginning to ululate; good, tough contrast to the earlier half of the piece, maybe hanging on a tad long. The second track is Mueller with Jim Schoenecker, an exercise in sustained buzzes and, I believe, taped vocals that doesn't have the delineation of detail I wanted to hear. Not bad, though. Good recording overall. 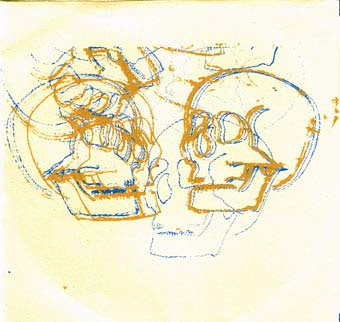 Fine, almost Rowe-ian set, electronics and harp, the latter (apparently) often played acoustically, though in rubbing mode. Steady-state, both musicians contributing rich streams that merge here, unravel there. Very...mature in a way, real solid, expansive and investigatory. As with the Durand above, it sort of gets spacey toward the end of the second of two cuts, buts it's an earned spaciness and very satisfying. Seriously good work.

Taffy-like textures? What are they? Now if you'd used that term to describe Rhodri's disc I could understand it ;)

Its been a long while since I played it but I remember really disliking the Durand disc. Maybe I'll listen again.

I quite enjoy the Matthew Sansom/Rhodri Davies it is I think a fairly minor work, but its successful for what it does. It's fairly droney but that isn't of course a priori bad, sometimes drones are what you want. It isn't lazy drones, which I think is what separates it from the pack. So a nice if not great release I think.