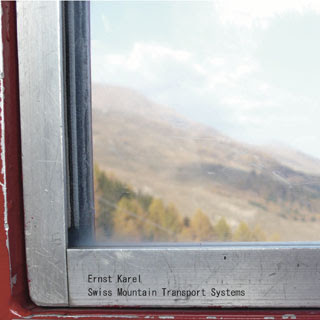 As far as untreated field recordings go--now yer talkin'. It obviously helps if your ear is attuned to especially wonderful groups of sounds as Karel's was during some hiking expeditions in Switzerland that involved the usage of various modes of transportation--gondolas, funiculars, etc.--that have as one of their salient qualities the generation of rich and spectacular sonics. He recorded them extensively and extracted the nine pieces presented here without any manipulation. What can one say? I've thought about qualitative issues in this regard for quite a while now and the best I can come up with, short of technical excellence in the recording, is that saying "yea" or "nay" on a given example involves more a general overlapping of taste between the documentor and the listener than anything else. Person X will find one group of sounds inherently fascinating while I, even trying my best to get into non-discriminatory, post-Cagean mode, may not. Karel found these sets of sounds delicious and I heartily agree with him. Were I on one of these gondolas, I'd likely be paying as much attention to the aural atmosphere as the visual one and I'm very glad Karel got them down. Your mileage may vary but I found these clunks, whirs, bells, chatter, wheezes and rumbles a great joy of which to partake. Check it out.

I guess the Mall in Broadmead, Bristol is somewhat less exotic and spectacular than alpine funiculars, but Whetham squeezes what he can out of the locale. I take it that there are treatments applied and, at any rate, there seems to be a good deal of layering. The result is a soundscape that doesn't sound particularly mall-ish, perhaps a good thing, but also becomes somewhat amorphous over its 50 minutes. The ambiances and resonances of the large spaces seem to predominate, creating a rich blur that, as attractive as it is in some ways, to these ears, could use a bit of roughness, some nodes strewn in, some more etched quality. As I mentioned above, this is an entirely personal reaction (what isn't?) but the sounds as displayed on "Mall Muzak" don't rivet me the way those gondolas did (to use only the recent example). It's fine, not an unpleasant listen, but somehow less fascinating. 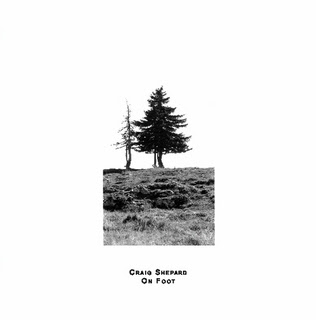 Hmmm....I'm wonder if we can sneak this one into a field recording slot as well...field composing, at the very least. Shepard, in 2005, set himself the task of hiking 250 miles across Switzerland, composing a new piece each day (performing it as well, in some public setting). Six of these works are collected here, performed by various Wandelweiser-involved folk.

The music has an aura of folk song to it, however attenuated, heard clearly in Christian Wolff's melodica rendition of "Crêt de la Neuve, le 20 juillet 2005" with it's gentle ups and downs, similarly the second brief track with Katie Porter on clarinet. Each sounds as though it could be an extract from a larger piece...or someone simply tootling abstractly, but beautifully, in the countryside. With the third piece, "Vallore, le 23 juillet 2005", performed by a quartet of Antoine Beuger (flute), Jürg Frey (clarinet), Marcus Kaiser (cello) and Tobias Liebezeit (percussion), the music spreads out, long thin tones piercing an imagined mountain air. A gorgeous piece that, oddly, reminds me of some of the finer, quieter Braxton music from the late 60s.

The foursome splits for the final three tracks, Frey solo on a lovely, quite melodic song, tinged with sadness. next, in extraordinary piece played by Beuger, the limpid, life-ful, soft tones hanging in the room; all the pieces were recorded in work spaces of the musicians and one can hear the life beyond the walls, very beautiful. Finally, a lengthy (27 minute) composition performed by Kaiser and Liebezeit, one that has the clearest Wandelweiser ring to it. Resonant metal is struck every so often, with ample silence between. At the same moment, the cello is bowed at a pitch as equal as possibly to that of the metal, so much so that it's often difficult to discern, more of a grainy presence beneath the dull peal; again one hears exterior sounds as well. The fact of the struck metal lends the piece something of a ritual character but not woozy in the least, entirely focused.

I have to add my voice to the cacophony singing Florence + the Machine's praises. This is an unbelievable album from a whopper of a talent. I first heard "Hurricane Drunk" on KCRW and within minutes had committed to buying the whole album. That was a month ago, and I gotta tell you, the album still hasn't gotten old despite repeated playings.