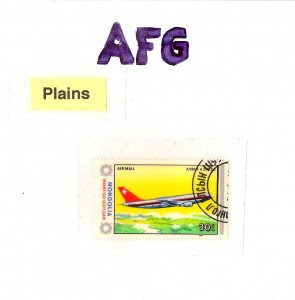 Fuhler's releases on his own label continue to surprise and delight. This 2006 recording finds Cor on two pianos, his companions on vibraphones (Avenaim doubling percussion). The trio takes maximum advantage of this instrumentation, not just in the ringing tintinnabulations (Fuhler approaching the piano most often with e-bow, it seems), but with mechanical attacks of the vibes and a healthy dose of ratcheting crunchiness. Four tracks, each with its own virtues, each having something of a layered feel, proceeding in a steady stream of keens, hums and jangles. There are times (no doubt due to the instruments involved) where it subtly recalls the Bryars of "Hommages", other times it drifts into steady-state AMM-ish territory. Excellent balance between serenity and hyperactivity. I've played it five or six times today, Saturday, and I'm hearing new stuff each run through, always a pleasure.

If they don't have it already, erstdist should have it soon. 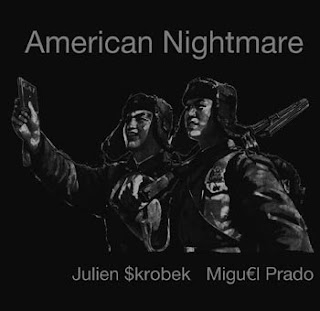 I doubt it's necessary, at this point, to get into the combative aspects of this release again. Suffice it to say that while I have some general sympathies for the situation in which certain musicians find themselves (insofar as the dominant influence in this tiny corner of the world is one with which they have profound disagreements), my suggestion is to make their position evident via "better" music or, if that's dismissed as irrelevant or a implicit siding with the very hierarchical imperialism they're fighting, make the argument via words, either in conversation (as Mattin did with me a couple months back) or text.

Sometimes, that "better" music option is approximated, at least to my ears; I think I'm more amenable to much from these folks than many (am I still the only person who liked Mattin's "Songbook"?). I'm not so sanguine about the sounds on this one. Prado (prepared cello, prepared piano) and Skrobek (synthesizer) produce sparse, disjunctive sounds (done in real time, together? I don't know) that have a surface similarity to something like MIMEO's "sight" but, for me, lack that recording's extraordinary poetry-at-a-distance. In the back cover text, they lament music "upheld for aesthetic criteria only", but I think this betrays a shallow view of what "aesthetics" means for humans, relegating it to an artsy superficiality rather than fundamental fuel. Skrobek injects bubbly, annoying synth sounds quite often, presumably with an intentionality a la John White in "Treatise" performances but, for me, without a clear understanding of purpose, i.e., knowing that the text encompasses such readings, even if many of the performers don't realize it. Silly noises are fine, but when only done as a kind of nose-thumbing, wear thin.

But sure, I can hyper-aesthetize this recording as any other, and it scans ok, it sits back there puttering away pleasantly enough; track two works pretty well. I doubt that's what was intended, though. Skrobek's "Double Entendre" is a big favorite of mine so far this year. "American Nightmare" doesn't deliver the whack alongside my head that I imagine was desired.

I would have expected this to be available for free download--maybe I'm missing something but I don't see it. Otherwise, Why Not
Posted by Brian Olewnick at 4/25/2009 09:05:00 AM

You're totally not the only lover of the Songbook albums. I even counted Songbook 4 on my top 10 the year it came out!

myself, i quite liked a live edition of the Songbook series i saw in berlin a couple of years ago. with Valerio Tricoli & Werner Dafeldecker helping on music, and with Mattin being Mattin. sound balancing was not ideal between them, but the feeling came across quite nicely.

haven't checked any of the recorded songbooks though i'm afraid.

I've made good use of my copy of Somgbppk 1. For the last three years or so the disc itself has served as my coffee cup coaster on my desk, in use several times a day, just about every day.I once told Mattin this and he seemed absolutely delighted, so we are all happy ;)