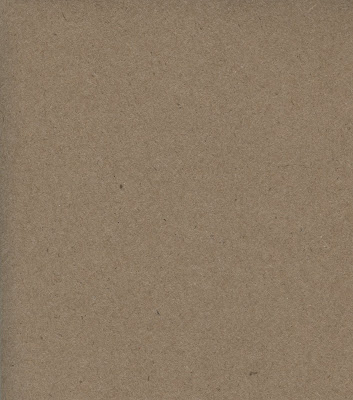 This one raises all sorts of issues, indeed.

As is often the case, I plopped this into the CD player with no particular knowledge about its whys or wherefores. I'd, of course, heard a great deal of Asher's work over the last few years and, for better or worse, have come to expect to hear music inhabiting a general area. The two discs of this release came with no info whatsoever.

My initial impression was simply how stunningly gorgeous the tracks were. They're very much all of a piece, usually consisting of a solo piano (sometimes strings) playing music that might generally be said to be Satie-ish in character--fairly simple, very melodic, with a nostalgic or melancholy tinge; there are also a few tinged with the tango--mixed in/beneath white noise that connoted old tapes (though I'm guessing a good deal of it is radio static). No vinyl-related iteration of scratches but rather a stream of roughness. The effect was of music recorded a century ago, archaeological relics unearthed from burial in soil...

Slightly closer listening revealed that the piano parts were clearly loops of material, almost always having their ends joined seamlessly so they sounded more like a musician repeating the phrases rather than a loop. They were pensive, always very slow, as though someone was sitting at the keyboard, playing the same beautiful, somewhat sorrowful passages over and over. It's a wonderful combination of approaches: the blurry romanticism, the minimalist repetition and the abstract noise. The pieces, thirteen on each disc, are brief, thereby coming across as snatches of dream-scape.

I first assumed it was Asher at the piano. I don't know his ability or lack of same on the instrument, but none of the pieces are technically bravura in character so seemed to be within the reach of most players. Here and there though, on my initial listen, I wondered about that and, of course, the few tracks featuring strings belied this idea. So I wrote Asher, not sure if he'd be interested in unveiling the workings, but he did so. Listeners interested in hearing the pieces without such knowledge would be advised to cease reading at this point. I have my own reluctance about going into the details, but they raise enough interesting questions that I feel obliged to.

It turns out that Asher had sampled these passages from the radio, turning on a recorder when something seemed promising, extracting a short morsel and working with it. (I'm embarrassed to say I don't recognize a one of them!) This is only problematic insofar as the captures themselves, for me, have so much to do with how beautiful I find these "miniatures", and even then, only insofar as I'm concerned with assigning "credit" or authorship, a dubious venture. He's certainly transformed them to some extent by the excision and looping, as well as the decontextualizing of the given fragment, the choice of which is key. As far as a given piece here goes, I've just decided to listen to it "as is" (as much as that's possible given my knowledge) and when doing so, find the music to be extremely enchanting, mysterious and, yes, nostalgia-full. By the same token, one expects that this will be a one-off event, that Asher (or others) won't be churning out variations of this tack in the future. (Though, if that's the case, why not?)

The other quibble is with the fact of there being 26 cuts without much in the way of basic differentiation between them aside from what particular piece of music was sampled. The tape/radio hiss, as near as I can determine, varies within fairly tight parameters and sometimes seems augmented by other ambient sound, but basically you have the looped sample embedded within the hiss. Listened to as 26 pieces, this can become a bit much and one gets the sense of wishing matters were reduced to a single disc. On the other hand, it's not so difficult to listen to them as a set of multiples, like 26 prints on a wall, each different but occupying the same aesthetic territory. A kind of slide show, maybe. Heard this way, the issues more or less evaporate. Or, of course, one can hone one's ears a bit and learn to appreciate the differences.

Striking, stirring music, though, when all's said and done.

ok, I stopped reading where you suggested it might be the thing to do. Thought I'd say that what you described up to that point definitely sounds Satie-ish, maybe without the need to say so. Intrigued here.

i really like this one too. i like that analogy of the prints Brian, really fits well. i havn't listened to both discs back to back yet, but i think i can - no problem.

the first thing that came to mind was hip hop. all sorts of sampling goes on in this music. some sampling is cut up to the point of being unidentifiable where as a lot it is somewhat blatant sampling.

i feel like as long as something new or original is gotten at with the samples then it is a totally valid approach.

I guess you could make an analogy to a hip-hop loop that formed much of the basis of a track, maybe an added rhythmic element in the role of the radio static here. Hmmm...., sure, why not?

As I've told you elsewhere, Brian, I like this one very much, was not surprised to read the piano miniatures are sourced from other musicians and that fact doesn't lessen my enjoyment a whit.Taken at face value, a lovely work. The repetition/reiteration works for as well, along the lines you suggest-26 ways of looking at a blackbird.
Lots of Satie vibin'.

Track 11 on the 'clear' disc is clearly from the first bits of Chopin's Concerto for Piano no 1 in E minor, B 53/Op. 11. Haven't pulled it out for comparison but I'd wager on Josef Hofman's from 1938.