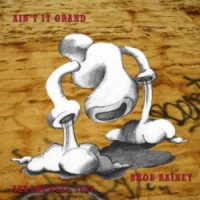 A 7", 33rpm release, entirely unlabeled as to which side is whose responsibility, but who cares? One's Rainey, the other Cooper, both are good and both occupy dense, rapidly moving collage-like territory. Each is only 3-4 minutes long, compressed to opaline hardness but, despite some humor, without a trace of Zornian hyper-reference. If I like the one with the intense hums near the end, the one without the harmonica section, a tad better, eh, they're both loads of fun and could have gone on for far, far longer. If you have a turntable, don't hesitate. Even if you don't. 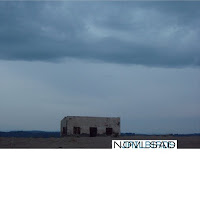 Novi_sad is Thanasis Kaproulias, a youngster from Greece. He apparently has three prior releases of which I'm unaware but my interest has been piqued, to say the least. Two cuts of 20 or so minutes, the first a marvelous combination of field recording and dronescape (yes, in that sense, not a new approach to be sure, except this sounds like nothing I've heard recently), with elements gradually emerging along its flow, including some seriously deep bass throbs, ending surprisingly with snatches of Icelandic film dialog. Really good and rich, great track.

The second takes a very different tack and is almost as successful. Much harsher up front, with some piercing wails and an abrupt, cracking explosion, it settles into a beguiling rhythm of soft sparks over a monotone hum. About halfway through, he shifts to a grainy, complex rumble that, while enticing on its own, somehow I hear as losing a bit of focus. Still, not a bad ride. Listeners who have enjoyed work from the Asher/Richard Garet end of the spectrum (like me) should certainly hear this.

re the 7", http://www.mimaroglumusicsales.com/artists/angst+hase+pfeffer+nase.html has descriptions of which side is which.