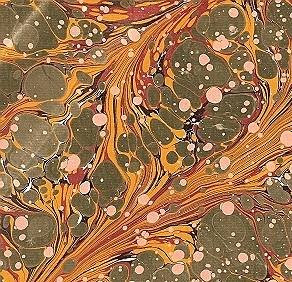 This isn't quite the cover of Seymour Wright's marvelous new solo recording, but it's pretty close. His website (www.seymourwright.com) appears to have lost its lease and I can't find any other mention of the disc anywhere. The title seems to be "Seymour Wright of Derby", unless that's simply how he's referring to himself these days. Whatever the arcana and obfuscation, it's probably the finest solo saxophone work that's crossed my path since Stephane Rives on Potlatch a few years back.

Four pieces, each described as "after" two or four musicians, "after" being used, I assume, as one normally encounters it in painting where a given work is acknowledged as a direct inspiration to the present one. The first, each with titles punning on Wright/right, cites Steve Lacy at Avignon and Keith Rowe's "For A" (a rare composition of Rowe's that he's recorded two or three times). Indeed, some radio appears, but overall it's a lovely, brief study in breath tones with, as near as I can discern, the breathing controlling snippets of radio conversation. A strong, impressive nugget. "Reed 'n' Wright" (told ya) goes out to Tetuzi Akiyama, Pepper Adams, Ferrin Adna and Ahmed Abdul Malik and is another relatively short (5 minutes) work, still breathy but with a liquid feel as well. Ptui's, clicks and pops almost cohere into a cadence of sorts, though it wavers and reels enough to escape.

The remaining two works are more extended, the first referencing Billy Higgins and Eddie Prevost, an engaging enough combination and an interesting pair for a saxophonist to cite. Only alto is listed on the sleeve although, unless his wizardry with the instrument has reached ungodly levels, I'm guessing other implements are in play, some of which echo Prevost's signature cymbal bowings. There's a wonderfully sustained, low buzz in the piece's first half that serves as a fine bed alongside which various odd and unexpected sounds emerge, all parceled out with a sure, steady hand. The mechanical thrumming reminds me, in fact, of the beating technique Prevost used on "Entelechy". Here, it's a great spine for the 26-minute track, an absorbing journey with the minimum of saxophonic baggage. The final cut, in honor of Trevor Bayliss and Evan Parker is perhaps the toughest sledding, stopping and starting with a range of guttural half buzzes/half belches. Wright deploys the sounds with patience and more than enough variation in duration to maintain interest, gradually stirring in a hollow rush of air. A swatch of radio, a downward swooping buzz tone, a mix of smooth notes and granularity to close it out. Each piece is intense and displays a deep and perceptive intelligence at work, no nonsense.

A wonderful recording, one of the richest things I've heard this year. I believe it will be distributed by erstdist in the near future if it's not there already. Limited edition of 100, so grab it.
Posted by Brian Olewnick at 7/04/2008 10:58:00 AM

mmmmm....I haven't heard hide nor hair from Seymour in many years...thanks for the notice!

Thanks for the tip off on this Brian.

I've seen Seymour play a good few times, but he has never really been captured on disc in a manner I've enjoyed. Any idea what label this is on?

Derby is a place in the English midlands by the way, possibly where Wright is living these days, though I always thought he was London based.

Billy, weren't you at Kurt's Cage thing in April? I was hoping to run into you at the post-event gathering but don't believe I did.

it's self-released (edition of 100, as Brian said), and I figured it just meant he was originally from Derby.

this is indeed a very good record and I'm very much hoping to stock some, but Seymour hasn't written me back yet, so if he sees this, please get in touch, thanks!

better late than never....yes Brian I did do the Cage thing back in April. Richard K and I had to cut out of the post-event as we had some theater to make noise over.....also it appears that Seymour is going to be sending a copy of this on to my girl Anne so I'm certain to get a listen....last I heard he was living in Brazil!

I've listened to this disc three times today and I must say it is very good indeed. The first listen, complete with my next-door neighbour mowing the lawn with the world's noisiest mower was really something special. Great disc.

Incidentally Seymour Wright of Derby is most probably a play on Joseph Wright of Derby, an eighteenth century painter I was not aware of until a little creative googling pointed that way. So yes Seymour originates from Derby, and is currently living in South London.

Thought I might clarify one question raised above. Seymour did just use the alto sax, in combination with a small selection of objects, but no other instrument was involved.

A swatch of radio, a downward swooping buzz tone, a mix of smooth notes and granularity to close it out. Each piece is intense and displays a deep and perceptive intelligence at work, no nonsense, but if this become a problem can be banned, in some forums talk about X specific stuff it's a motive.