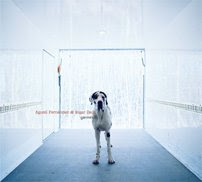 Fernández (piano) and Zach (percussion) proffer six pieces that are perhaps closer in feel to Xenakis than most current improv--the pianist especially has a similar kind of rigor--fashioning music that moves from sharply etched and jagged to a kind of quiet that possesses a sandpaper roughness, the latter especially enjoyable ("Hojarasca"). Good restless, prickly probing on the part of each, resulting in a good strong disc that absorbed me more on each listen. plastic strip 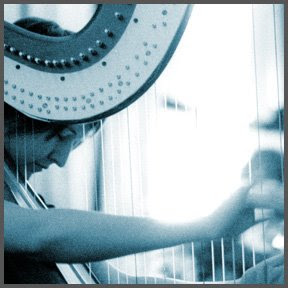 Another fine release from Fuhler's willfully obscure Conundrom label (that's not the cover above, but a pic of Ms. Cooper). A single 35 minute track, recorded on December 21st of 2007, it's a lovely blend of bittersweet, long tones, Dörner providing the acerbity, Fuhler the tonal ground and Cooper, a harpist from Australia new to me, the glistening pinpoints of color. Several very beautiful "patches" where the trio is absolutely unified as well as cohesive throughout. Good stuff and good luck finding it, but here's Cor's site.
Posted by Brian Olewnick at 7/19/2008 09:53:00 AM

I will have that Cor/Axel/Clare title in stock soon, along with restocks of the other Conundrum discs.

Hi Brian
my original site doesn;t work anymore
nowadays I can't use my OS 9 based homepage program anymore.....
I should delete the whole thing maybe....

So instead I started a blog, and see how it goes:
http://cor-fuhler.blogspot.com/

but thanks for your time, I'm just a bit surprised how you defide the functioning between us three. I think we swapp roles a lot.....