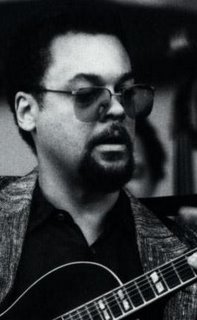 Coincidentally enough, two of the most underknown, under-rated jazz albums of the 80s (imho), stand alongside each other in the Olewnick vaults. The first is "Live at Nickelsdorf Konfrontationen" by the Spencer Barefield/Anthony Holland/Tani Tabbal trio, released on Sound Aspects in 1986 (recorded in '84) and, as far as I'm aware, not available on disc, though I imagine it and other things on this fine little label are able to be downloaded here and there.

Barefield and Tabbal were alumni of Roscoe Mitchell's band and would continue to play with him (Tabbal more so) but I think this is the only time I've ever heard Holland. If anyone knws what the story is on him, do tell; he's marvelous here on sopran 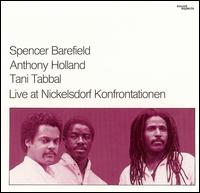 o and alto, unfailingly imaginative with a real nice, liquid tone. Three longish pieces, a herky-jerky, craggy piece, "Xenogenesis" by Barefield that provides a unique kind of launching pad for the solos, a lovely, pastoral work by Tabbal, "Hindola Spring" that features Barefield on African Harp (Dawudaphone) and some fine tabla work frm the composer, and Holland's "IOCAB-4". Perhaps not surprising considering the title, it's thematic material is very Mitchellian in origin, sounding very much like something out of the "Nonaah" playbook. ABout halfway through it morphs into a rolling theme that actually has echoes of surf guitar; Barefield's a really unique sounding player, a joy to hear. It's a really, really solid performance, easily one of the best things to come out of the post-AACM that decade. A real pity it's not better known. I take it Barefield's running a music school in Detroit and I think he surfaces now and again. Really curious what became of Holland, though. Hey, you guys at Destination:Out should get on this baby. 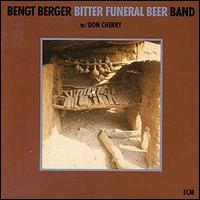 The other is one of my all-time favorites, Bengt Berger's "Bitter Funeral Beer" (ECM, 1982). It shouldn't work, maybe. This Norwegian guy goes down to Ghana, studies percussion music of the Lo-Birifor, Sisaala and Ewe peoples, manages to actually absorb a goodly amount of their essences, journeys back up to Norway and assembles a large group of pale-skins to recre 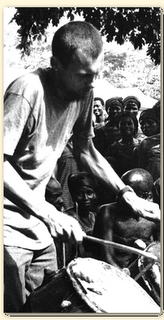 ate the music (including tapes of lamentative funeral-goers) in a percussion-laden ensemble enhanced with guitars, reeds and strings. As a masterstroke, he has the overwhelmingly good sense to ask Don Cherry to come aboard. Cherry is fucking awesome, never in better form on those clarion pocket trumpet calls. The themes are based on West African ones and Berger chooses superbly. "Chetu" and "Tongsi" especially are just such gorgeous melodies you could sit and listen to them repeat for hours. The arrangements are fantastic, with burbling bass clarinets forming soft beds from which Cherry's splintering trumpet spikes forth. Side two cooks with more of a jazz feel, something akin to the better tracks on Clifford Thornton's fine "Gardens of Harlem". I recently found this on disc and picked it up but it's still great fun to hear on vinyl. Berger released a few things after this (Seven Up was one that was OK) but this one stands apart and above. Great record. 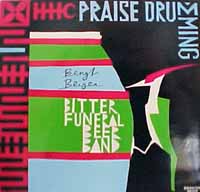 Hey Brian.
I haven't heard Live At Nickelsdorf..., but regard Griot Galaxy's Opus Krampus [Sound Aspects 004, recorded 1984]almost as strongly.
An amazing release, also live, with Faruq Z. Bey and Anthony Holland, reeds, Jaribu Shahid, bass, and Tabbal, drums. I don't think I have heard Holland since then. This one is really an overlooked gem, the only other person I've heard sing it's praises is Dennis Gonzalez.

Jesse, When I was searching around for Holland's doings yesterday. I saw the Griot Galaxy listings. I have to think I probably heard it on radio at the time but have no real memory of it.

Hi Brian,
I was happy to see the Bengt Berger album on your blog. In particular, the 'Prase Drumming' one which I have been trying to locate for many, many years now. Do you have any ideas on how to get my hands on a copy of this?
Thanks,
Wyn

Hi Wynand, nice to have you here. I'm afraid I have no idea about the current availability of 'Praise Drumming' short of keeping an eye on e-bay, etc.