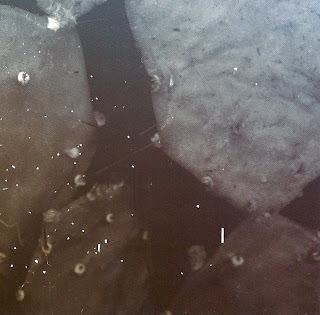 Any new release with John Tilbury is the cause of great anticipation on my part (not to slight the fine Master Lexer!) but I was especially antsy when I learned he'd be performing several pieces by Terry Jennings. Like many, perhaps most, I'd heard a thing or two of his over the years but had certainly read far more about him than heard his work. Tilbury plays five pieces, written between 1958 and 1966. They took a while to worm their way into me. Jennings is often cited, with Riley and Young, as one of the true precursors of minimalism and you can hear that in this music, though to a far lesser extent than I'd imagined. You perceive more of an antecedent to work like Young's "The Well-Tuned Piano" than subsequent Riley, much less the more routine minimalist pantheon. There's little in the way of repetition, though kernels appear and iterate now and then; I said less of Riley, but in some ways it's like Riley with a strong enough dose of Feldman to all but obliterate his standard tropes. They have the appearance of disarming simplicity; it takes a while to hear all the superfine subtlety with which Jennings (and, one presumes, Tilbury) imbue the pieces. (another referent that just popped in my head: a hyper-sensitive, ultra-contemplative Paul Bley). It's very thoughtful, beautiful music, wonderfully realized. Very glad to have finally heard Tilbury's take.

The Cage work, "Electronic Music for Piano" (1964), exists in another universe, though an equally beguiling one. Tilbury and Lexer (handling the electronics) weave a 40-minute gossamer tapestry that's entirely unpredictable and totally immersive. I don't own another version and am not sure if I've heard it before. I know Stefan Schleiermacher has recorded it on vol. 2 of his MDG series, which I should hear. Apparently the instructions are rather vague, Cage having jotted them down on hotel letterhead, Tudor having first performed it. Whatever the possibilities, here Tilbury and Lexer have opted for a very wide open reading, with great amounts of space, the sounds almost like leaves (or dust motes) irregularly swirling in an eddy from a hidden draft. Every so often there's an upsurge in volume, a clang or loud ringing as though that breeze has succeeded in knocking over some delicately balanced object. But it all occurs at such a "natural" sounding, unhurried pace that one accepts every event as proper. It disappears for a minute or two and you don't quite notice. Clusters form, sometimes mellifluous when clear piano tones contribute, often comprised of rumbling static, each with equal weight, each simply an event in time.

In both cases, this is music I can see returning to many times over the years. Very beautiful, invigorating and deep work. 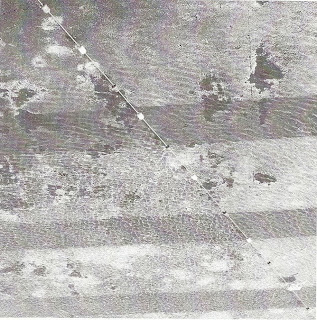 A recent entry in Another Timbre's "byways" series, intended less as finished releases and more as snapshot documents of a scene. Cornford (piano feedback) and Rodgers (piano & objects) are both new names to me and based on this, I hope to hear more soon. Very calm, soft underlying drones, presumably generated via feedback, accompanied by plectral sounds from within the piano, vibrating devices against strings, etc. (you can get more of an idea of Cornford's approach and obsessions--including the delightful one on trespassing, here and those of Rodgers here). I could see some listeners finding the first two pieces overly drone-y/chime-y, though I enjoyed them throughout. The last track, however ("turning"), edges into darker environs, the drones arcing toward scrapes, the chimes hardening into more foreboding thuds. It's a very strong and complete piece, well worth hearing. Looking forward to more.

Both of these are en route, looking forward. Cheered to see Stephen get a hearing and some distribution. Used to sing the praises of a cdr from a couple years back, a magnetically-excited-strings drone piece I find gorgeous, contemplative and self-sustaining.

The Jennings pieces reminded me a little of Bley too ('Open, to Love' era). It took me a couple of listens to pinpoint exactly where I kept expecting those chords to go...