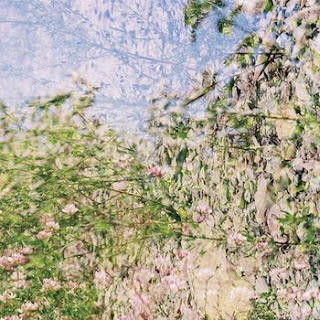 Listening to Hennies' meditation on his grandfather, one is inevitably reminded of Jason Lescalleet's profound release, "The Pilgrim", from a few years back. I thought at the time it would be tough, unfortunately, for someone to venture into similar territory and, at the same time, I thought, "Well, why not?" Hennies follows his own tack here, beginning with an absolutely gorgeous sequence of thin, bell-like tones, a coruscating layer that glistens in one's ear. Its nine minutes are a kind of invocation to the body of the piece which commences with a tape of his grandfather, Charlie Nichols, reciting a Longfellow poem in a rich, Texas accent. It sits unadorned through completion, followed by a harsh, windswept vista that slowly gains richness and depth before cutting off abruptly at the sound of struck metal, giving way to....birds? insects? maybe fire? Soon dulcet tones enter, as though from some ethereal steel drum, Another recitation, religious in nature, then echoing sounds over what sounds like a distant choir, those more prominent sounds whirling within one's ears, leading to "Home", by Edgar Guest. The in and out of the voice and fairly ambiguous, harsh/smooth ambiance connotes a spirit, a memory, receding and advancing from focus. The piece ends with a tape of a lively Mexican (?) band and another single note from that plain, dully resonating bell.

A fine recording, quite stirring and movingly conceived. Very different from standard fare. Get it. 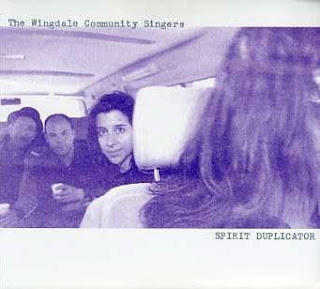 Speaking of departures...Friend and Record Club confrere (consoeur?) Nina Katchadourian joined David Grubbs, Rick Moody and Hannah Marcus in the Wingdales a while back and this album is the first fruit. I caught them at Issue Project Room last year and was treated to a wonderful set, somewhere between The Roches (at their best) and Laurie Anderson...in Brooklyn. Dunno, but it was loads of fun, very sharp, caustic lyrics (not without tenderness) spun in bittersweet harmony with folky guitars, violin and accordion accompaniment. Songs about everyday observations, lost loves, departed cities. If I have a quibble, it's that this recording might be a bit over-produced, a tad too smooth compared to the engaging raggedness of their live show. That plus they failed to include my favorite piece heard that night, the one about happily disengaged lovers who can't get far enough apart. Some fine songs here, though, including "Naked Goth Girls", "AWOL" ("I'm going AWOL from the army of the Lord") and "My Les Paul". Art-nerd country/folk? Enjoyable work but catch them live. 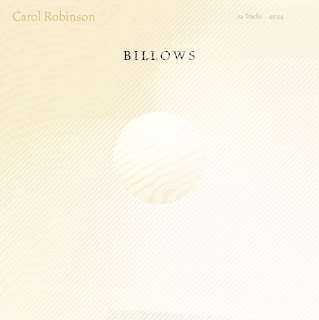 Robinson was the featured player on the very fine Morton Feldman release, "Late Works with Clarinet" (Mode 119). This disc contains twelve of her own works, soft, slow clouds, often overdubbed, sounding at least semi-improvised. Robinson has an extremely delicate and light touch; if you're not paying attention, you might think you're hearing a flute. She's quite deft in manipulating overtones, controlling them beautifully, using subtle electronic enhancement, layering contrasting tissues of sound atop one another. The piece are all between about three and five minutes and do have something of the character of clouds--what structure there is, shifts slowly and without much more direction than a random puff of air might supply. At times I found this a bit trying, especially over the course of the entire discs. But I found if I was able to mentally place myself in situ, as it were, to imagine myself in a larger space wherein these tones were circulating, it was a very satisfying experience. Robinson provides just enough grit to keep the pieces from slipping into overly new age stylings. It's not Feldman, no, but there's some nice work here.

See, you were sitting on an embarrassment of content, the engine of aperiodic conditioning.
I heard Nick's piece when it was offered for a while as a free listen online. It is lovely-his grandfather's voice is initially startling, stentorian tones embedded in the subtler tones you refer to. I need to get this.

super into nick's record, after not being sure upon the first few listens. really really grew on me. the liner notes are also worth mentioning: well-written, but more than that, i find they really deepen and change the experience of listening and are deceptively deep.