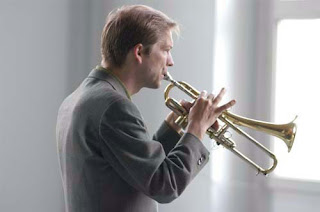 As I've mentioned before, I do try to write up the great majority of releases that are sent my way and feel more than a little guilty when I don't. In recent months, I've pulled back a bit with regard to things that are sent to me out of the blue from labels/individuals with whom I've had no prior connection (if the recording is otherwise uninteresting, that is). More a time thing, than anything else plus a certain amount of exasperation in trying to figure out what to possibly say when, more or less, it's more of the same old.

So I felt especially bad a few months ago about shelving Dorner's "sind". I've enjoyed at least portions of just about everything released on Absinth since its inception. As I said in the review at Bags, it wasn't just that I didn't like the release (I didn't) but more that it was opaque enough that I didn't feel I could say anything coherent about it aside from expressing a certain amount of boredom. I respect Dorner enough as a musician to suspect that he had something up his sleeve conceptually, but I was damned if I could figure it out.

So when Marcus mailed me the other day, checking to make sure I'd received the disc, I felt obliged to pull it out and give it a rehearing. I'm actually very glad I did since, although I'm still not fond of it in and of itself, it got me thinking about other things I don't care for from artists I admire that, somehow, seemed related in my head. Trying to figure out why this is so, both the antipathy and the relatedness, is interesting and worth pondering, not that I've figured it out yet. Of course, I could easily just relegate it to, "It's simply not a very good record". But more often than not, I think that likely shortchanges the artist involved. At the least, it's another indication of the general health of the genre, that it can still cause issues like this to arise, at least for myself (!)

It looks like I'll be attending the four Interpretations concerts being held at Roulette this fall. I've gone to a number of them in the past with middling results, sometimes very nice, sometimes overly academic for my taste. The first is tomorrow with the Ensemble l'Art pour l'Art (not the best group name I've ever heard) performing works by Eckart Beinke, Matthias Kaul, Michael Maierhof, Ernstalbrecht Stiebler and Annea Lockwood. We shall see.