The vinyl keeps on a-comin' 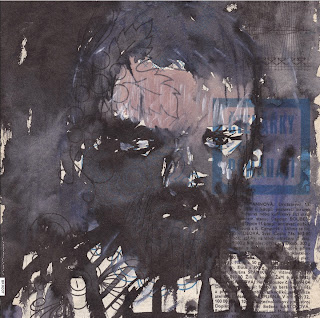 "Samoobrona" is a play written by Helmut Kajzar in the mid-70s which had been recorded for radio and elsewhere. Piotrowicz and Jiřička have taken the text (which I think was already conceived in fragmented form) and created a piece of radio theatre, further fragmenting, treating and redeploying the words while embedding them in a thick, vibrant mass of electronic sound. As much of a general problem I have with acousmatic music, I keep on finding examples of it (more or less) that contradict those issues and here's another one. The sounds are dense, swirling, occasionally rhythmic, the texts (in, I take it, Polish, though an English translation is provided in the inner sleeve) sliced and diced, the atmosphere infested with magnetic clangs, sizzling buzzes, whistling caroms and much more--yet it works for me. Some gorgeous moments here, as on Side B when a chorus of tones, like a pack of alien howler monkeys, erupts, surrounding the voices, threatening yet beautiful. The piece is very well paced, exciting to listen through despite not understanding the text. I'm not familiar with Jiřička's work and can't parse out his particular contributions, but I can say that, in terms of quality, this fits in very well with Piotrowicz's previous music and, indeed, is one of my favorite productions from him thus far. 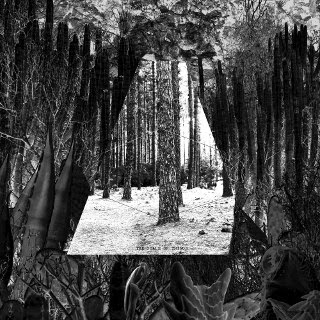 An extremely impressive set of orchestrated electronics and field recordings from Schwarz, orchestrated in the sense of deeply constructed (at least, that's the feeling I get) from sounds captured in Europe, Africa and China, enhanced and integrated with synthesizers. I wouldn't go so far as to say "symphonic" but more like a tone poem, the elements densely layered with an implied sense of drama, even loose narrative, streams of dark buzzes and hums coursing through thickets of thistles and clangs. Per notes on the site, "based on the exploration of nature recordings for unheard details and hidden layers, focused on patterns of stochastic order and unique chaos created without musical intention." Though the sounds differ substantially, each of the seven tracks bristles with a similar energy and strong feeling of plasticity, sending the listener plunging through a cascade of noise, almost a sensory overload but so clearly limned as to to eliminate any possible cloying. Musique concrète without the overbearing and assaultive aspect that so often inhibits enjoyment for me. Really, really fine work. 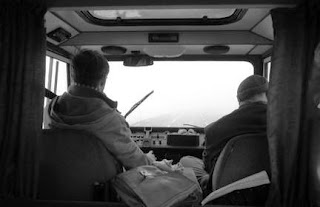 Döring plays clarinets, tenor and baritone saxophones and Korabiewski supplies electronics, the pieces also ceding space to the environments in which they were recorded. The reed playing is generally somber and smooth, stating simple melodies with a dirge or folk character (reminded me of the slower portions of that old Skidmore/Osbourne/Surman recording on Ogun), only once delving into distortion when he runs the sound through a dictaphone. The electronics are very subtle, sometimes hardly there, although there's also either overdubbing of the reeds or real-time sampling. The music is moodily bleak, melancholic with a tendency toward sentiment. But at times, a certain balance is reached and the music floats wonderfully. "flucht", where Döring is on baritone, is my favorite track, one that recalls Roscoe Mitchell/AEC with deep, mournful flutters mixed with gradually strengthening scratchy interference-excellent. Most of the rest, while entirely pleasant, dwells in one area a bit overmuch; I'd like to have heard more chances taken. 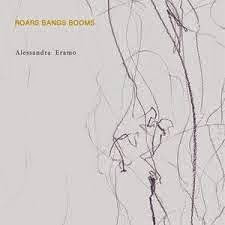 A 7" with eight brief pieces for voice and electronics using onomatopoeic words derived from Russolo's 1913 text, "The Art of Noises". As much as I often have my own difficulties with "free" vocal work, this set, perhaps due to its brevity and concentratedness, poses few such problems. Eramo inhabits these references to urbanization with gusto, not overdoing it, not allowing the electronics to dominate, but giving a forceful, pared down performance, guttural in parts, sibilant in others, even humorous on occasion as with (if I have my track demarcation right--there are no times or visual cues on the disc) "borbottii" low growls. Concise and well-handled.