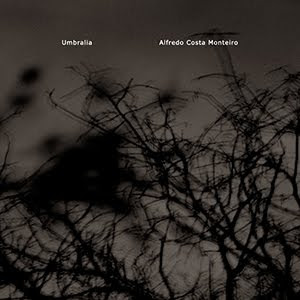 Another excellent and, amazingly, very different release from Costa Monteiro, who has to have one of the most varied catalogs around. "Umbralia" is for electric organ and, most assuredly, there's more than a dollop of classic Sun Ra to be heard, but Costa Monteiro careens into several areas, almost always with a harsh,microtonal edge to the sound, a severe burr. As with most dronage I find tasty, there are multiple layers in play most of the time and those plies create great, tense space between them, using fine colors. Additionally, some of the layers depart from steady state, incorporating "stabs" of a kind that recall Reich's great "Four Organs". It shifts several times, gradually becoming less compressed but ever retaining an uneasy, quivering aspect. Sun Ra comes to mind again, as if Costa Monteiro had taken slices of those incredible parts of "Atlantis" or "The Magic City" and expounded on them. "Umbralia" is another in an increasingly long line of strong releases frm Costa Monteiro, who's establishing quite a canon. 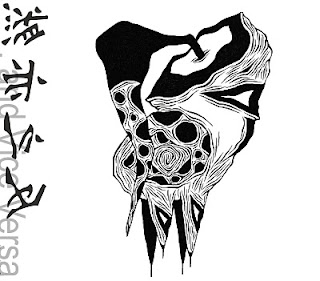 More strange electronica for the redoubtable Mr. Kwang. Four shortish tracks surrounding two lengthy ones, totaling an hour. The initial one a 2 minute flurry of squelchy bleeps, mildly annoying, which segues into 37 minutes of the ethereal. It's all gentle echoes, a chirping (insect variety) background, soft, watery. it's...long but ok enough, very placid. We then lurch back into rollicking electronics for a few minutes, then a mere 30 seconds of squeakitude before heading off into the other longish track, about 15 minutes of low, far-off hums and rumbles, like an airport behind a large hill; my favorite track. Lastly, a slow bit of roundly popping electrics, ping-pongy, amidst metallic reverb.

Odd stuff, interesting but not for everyone, not always for me but nonetheless intriguing. 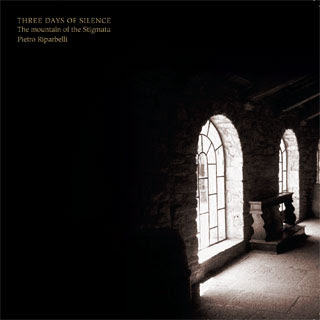 I admit to some degree of trepidation when Ripardelli, in the course of describing his work, derived from field recordings made at the Sanctuary of La Verna in Tuscany, says of the place that St. Francis of Assisi "is said to have received the stigmata here". Could've used a tablespoon of skepticism, I guess. But the results are not bad of their type. Three pieces, the first a composition worked form the recordings, the next a pure field recordings and the last a "diary of the experience", though I'm not sure exactly what that entailed.

So we have the physical sounds of the structure, the opening and closing doors, the footsteps, various clangs and bangs, though all with a muted air that does very much summon to one's mind an old room with thick walls used for arcane purposes. But the organ pervades the initial track, looped and extended into an endless chord. Birds abound, engines infiltrate; it's much less ethereal than I'd feared, even as echoes of a choir are heard in the rafters. Though between the increasingly spacey organ and voices, the second tracks crosses that boundary into something a bit to Eno/Budd-y. Still, it's ok, well done of its kind. Ultimately, not my cuppa, gets a little too woozy, but your mileage may vary.