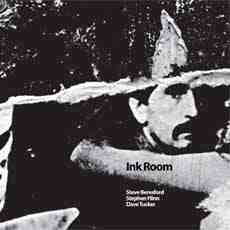 Nice title. Electronics/percussion/guitar. I haven't kept track of Beresford at all over the years, though I recall enjoying his more straightforward efforts (Signals for Tea, the film disc on Tzadik) more than his free work and this, more or less and example of the latter, confirms my prejudices. It's less Beresford that's the problem than Tucker, whose rock-referential, harsher-than Frisell (which is to say, not very), gentler than Bailey approach wears thin quickly. Combined, the trio churns out something resembling a random, less than inspired set of music that wouldn't have been out of place in downtown NYC circa 1990. Retro-efi? Not for me. 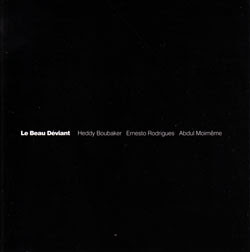 Now this is more like it. Six pretty incisive, thoughtfully considered improvs from Boubaker (alto and bass saxes), Rodrigues (viola) and Moimeme (prepared electric guitar). Not earthsaking but solid. Most things I've heard involving Boubaker over the past several years have shown well-learned lessons from AMM without descending into slavish imitation and this is another. The pieces are quiet and spacious, relaxed but concise. Boubaker manages to avoid both saxophonics and post-Butcher tropes, really just disappearing into the mix, no mean feat. All contribute at moments and with sounds that tend to feel exactly right at that time. Just a good, strong session, very enjoyable. 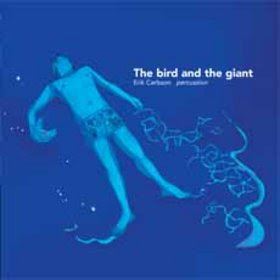 Erik Carlsson - The Bird and the Giant (Creative Sources)

Solo percussion and not bad at all. He sticks mostly to metals and bells, sometimes sounding a bit like certain prepared piano set-ups, keeps things calm but percolating, well-paced and, by virtue of the elements employed, very soothing on the ear. As with the trio release above, I can't say there's anything startling or "new", but no matter. It's an exceedingly pleasant recording, absolutely fine for creating a bubbly, meditational atmosphere. Also appreciate the more sandpapery final two tracks, nicely offsetting the prior sounds. Good work. 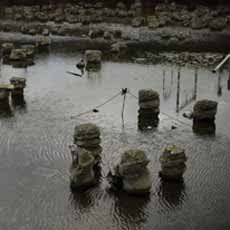 Piano and alto saxophone; don't believe I've heard either musician before. This is one of those recordings where I can't say there's anything particularly wrong but it doesn't quite grab me. Fairly quiet (aide from an annoying sax explosion toward the end), making use of plenty of extended technique, inside-piano, etc. Perfectly competent and sometimes charming, though more so the "straighter" it gets (an all-too common phenomenon in my experience; I can't begin to count the number of musicians I think would be better served to be less "avant"). Were I attending a live event and this was presented, I'd be satisfied but I'm afraid I'd forget it within hours. It's fine, just more or less indistinguishable from many. 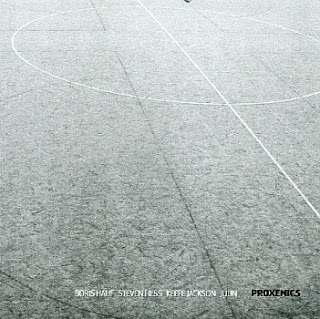 The pick of this particular litter, to these ears. I hadn't heard Hauf in quite some time, though I have fond memories of the discs he used to send out, willy-nilly, about ten years ago. He's added sines and harmonium to his tenor and soprano, teaming hear with Hess (drums, electronics), Jackson (contrabass clarinet, tenor) and Juun (piano) for three lush, deep probes. Interesting how well the two reeds work in this context. While they make free use of what has come to be heard as "traditional" breath tones, they freely drift into standard sounds and even, as heard some 15 minutes into the opening track, a kind of mournful melodic line that wouldn't have been so out of place in the Garbarek of "Afric Pepperbird" (1970). And it works. The shortish second cut is even, to my ears, more directly referential to that once-fine Norwegian, sounding like it could have been an outtake from "Tryptikon"--very tasty, too, I have to say. Surprising they could still manage to make something viable from this material, at this date, though it's Juun's prepared piano, an element not heard in those early ECM days, that proves to be the winning ingredient. The harmonium appears on the final piece, a soft, semi-droning work that shifts every few minutes, from low throbs to hollow winds back to harmonium drones with semi-rhythmic, light percussion. The horns return, undisguised and again, manage not only not to irritate but to gibe before the wheezy drone returns to take things out. Excellent recording. 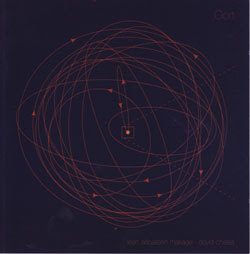 Double bass and electric guitar, doing a reasonable rendition of the cloud of debris between Mars and Jupiter. Spacious, and scrape-filled (much arco bass and, I suspect, bowed guitar)--I would have thought I'd like it more than I do. Something is lacking for this listener, however and I'm guessing that, however extenuated the sounds, they seem to relate back to the kind of post-serial gesturalism that often makes me itch. Less a concern with pure sound than with flourishes of extended technique, that is. Not bad but not enough air for me. 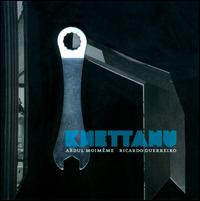 For two simultaneously played, prepared electric guitars and "interactive computing platform". Not sure what the latter does, though I assume it's something along the lines of regurgitating Moimeme's guitar as the music carries that tonality pretty much throughout. It's echoey, spacey; reminds me somewhat of Laswell's 90s explorations which....isn't a great thing to remind me of. Much resonant scraping, ringing tones, darkness. Better than that, with some welcome harshness tossed in here and there but overall, far too meandering and, well, spacey, for my taste.

[Writer's note: Last week my pc was the recipient of some malware, so I'd been working on Linda's laptop, where I did the above. When my pc was apparently fixed, I used it to write the remaining four reviews of the Creative Sources discs. Unfortunately, fixed it wasn't and none of them were saved. I just don't have the heart or time to rewrite them and, since I didn't happen to find those four discs very much to my liking, I'll let them drop. Apologies, Ernesto. The four were: