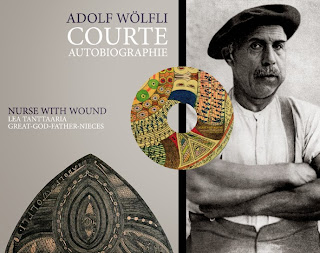 An intriguing release of both text (in small booklet form) and a disc (3") of music inspired by the text.

The French text is brief, some six pages in the English translation the people at Lenka Lente were kind enough to provide, and recounts a mini-recap of the early life of Wölfli (a major figure in Art Brut) up through his imprisonment on child molestation charges. Prior to that, he sketches out aspects of his miserable childhood and does so brusquely and vividly. His work has inspired work from several composers, including Wolfgang Rihm and, as presented here, Nurse With Wound (Steven Stapleton, Diana Rogerson and David Tibet). The two pieces collected for this project are "Lea Tanttaaria" and "Great-God-Father-Nieces", both of which were created around 1986. The first is a dreamy piece for, I think, piano, maybe clavinet and other keyboards (maybe music boxes) and plucked strings, bearing a Sun Ra-ish tonality, attractively vague and mysterious. It fits the text very well, lending an unanticipated, dark fairy tale quality that tinges the story in a somehow appropriate way. The second track involves multiple reeds (yes, Rahsaan is an inescapable reference), though they invoke, for me, more of the squeezebox tradition, unfurling long, harmonically unrelated tones, the awry sounds perhaps an apt soundtrack to the concluding prison sequence. The disc is "as short" as the text, only about eight minutes, but the pair form an effective little package, jewel-like yet disturbing. 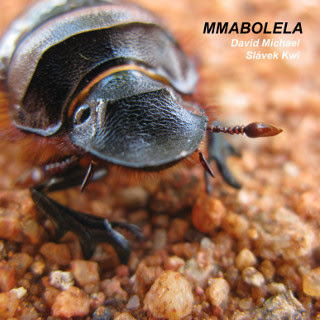 Two discs, one from Michael, one from Kwi (who often records under the moniker, Artificial Memory Trace), both containing recordings of fauna (and weather and, I suppose, flora) in the Mmabolela reserve in Limpop, South Africa, as part of a sound festival organized by Francisco López and James Webb. It's always a near-impossibility for me to attempt to evaluate efforts like this. I'm guessing there's a good amount of post-recording construction involved, so listening as "compositions" seems the way to go and, to that extent, things are fine. Michael's pieces move really well, are quite varied and, of course, contain sounds one's likely to have never before encountered, particularly those of an insectile nature (plus what I take to be bats on the 9th track). It's an interesting experience, "settling in" like that, approaching the pieces from a certain angle and these cuts lend themselves to it rather easily, very enjoyable. Kwi's disc is subtler, quieter, less overtly manipulated (if I'm correct about either's methods of construction, which might well not be the case; sometimes the density here, though transparent, is immense), imparting more a sense of place and time, less of a construction. It's all so marvelously recorded--turn up the volume and all sorts of sounds appear--that it's quite easy to lie back and bathe in. Both discs work very well on their own terms for me; I can only imagine how very enthusiastically listeners seriously into field recordings in this area would react. Recommended. 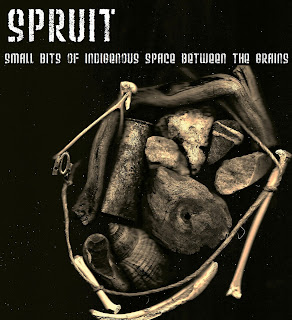 Blistering abstract computer sounds done right. Pruitt, whose work on turntables I'd heard previously, both solo and with Michiel de Haan has begun working with various forms of audio synthesis and the results are invigorating. Perhaps its his affiliation with the Netherlands, but I pick up a little of the same spirit I hear in Dick Raaijmakers, albeit with a fairly constrained sound palette, Pruitt tending to stay in a spiky, gaseous range--you often get the sense of hyper-amplified champagne bubbles exploding. The sounds fly by with extreme rapidity, densely layered but air-light, as though one's inside a stretch of fiberoptic wiring. Even when the pace slackens, as it does now and then, you have the feeling of intense activity still taking place behind the scenes. The six tracks almost read as a single 35-minute piece and I guess you could quibble about the overall similarity in sound, but for me, there was more than enough imaginative variation within those confines to quell any doubts, the colors far more interesting than most of the music I've heard the past couple of year at INA GRM-type events. Good work, give a listen.

Hello Brian,
there's a special edition of the Wölfli / NWW release (33 numbered cd, without the book), see here : http://www.lenkalente.com/product/tire-a-part-nurse-with-wound
Thanks for the great work
Mary