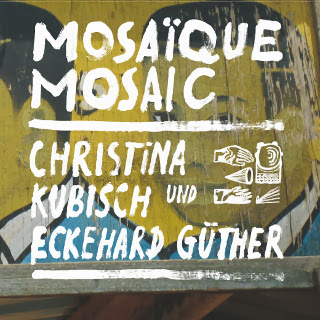 My ongoing self-examination re: field recordings, to wit: why I enjoy some significantly more than others, continues apace. This, for reasons that are hard to pin down, falls squarely into my comfort zone. Compiled from a 2010 sojourn in Cameroon, Kubisch (who does fascinating electronic work on her own) and Güther fashion a wonderful, well, mosaic, of life there, however small a portion they represent. In this case, it's partly due to the in and out nature of the musical elements presented. The disc open with a standout track, a church service where a strident female voice declaims in English, each phrase quickly translated by a male voice into French, including a great string of "Yes!" "Oui!" "Yes!" "Oui!", etc., before merging into a heartfelt hymn. We walk through metalwork shops, take trams, eavesdrop on a choir practice, listen to announcements from a mosque PA, wander the streets and countryside. Their choices happily de-emphsize the overtly (to Western ears) exotic, giving as fine a sense of place, though different, as they might have done on the streets of Berlin. Beautiful, lengthy conclusion with rain in the distance, irregular drops on nearby metal surfaces, even mixtures of faraway traffic, insects, birds, roosters.

Excellent job, one of the best works in this area I've heard in a while. Still so hard to quantify. 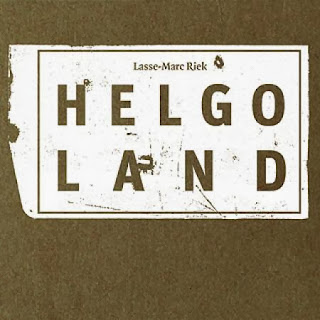 Helgoland is a German island in the North Sea, used largely as a naval base but also home to cliffs serving as nesting areas for a large variety of marine birds. Tobias Fischer's notes on the album deal both with Riek's personal connection to this island and others in the Baltic Sea as well as raising questions, not unlike some of my own, about eh very subject of field recordings, particularly those which document "nature": "How much passion can possibly go into an animal recording? To what extent can a passage of birdsong express creative ideas? What kind of inner conflicts would you come to terms with by pointing your microphone at nature?" I struggle with some of these and others, though there's definitely pleasure (and education?) to be derived from listening to the clustered squawks of hundreds of gannets, razorbills and kittiwakes. As is often the case (and as I tiresomely reiterate here), the necessary inability of being able to submerge oneself in the actual aural environment gnaws at me--the sounds are one thing, but the smells, winds, rocks and all are another, equally important part. Still, the welter of noise and the depth of sound is visceral enough as is the churning water occasionally captured. Oddly disturbing now and then as well, particularly the mewls and groans of a grey seal puppy that sounds startlingly childlike.

"Helgoland" drew me in, ultimately. More than other types of recordings, this genre seems to depend, for me, on a given state of mind at given times. Today, this works very well. 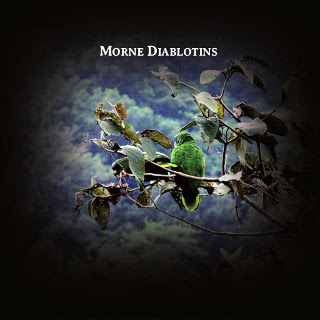 A documentation of avian, insectile and amphibious life in Guadeloupe and Dominica as well as surrounding, non-aniumal sounds. As with many similar releases I've encountered, it's tough to make any sort of value judgment except to say how well or poorly the environment seems to have been captured, in this instance, very well. Choices of what to include seem based on which particular fauna have been caught on tape, lending a kind of "nature study" feeling to the endeavor. Which is fine--clearly, you don't need to listen to this as an art project, just vicariously troop along with Alexis as he roams the rain forests and volcanic peaks. On the one hand, you can understand his search for a Caribbean "before the arrival of Columbus" but on the other, you wonder how far to take this avoidance of contemporary reality. There's a decided risk of luxuriating in the exotic sounds and forgetting the world around.

And I have to admit, the sounds are pretty impressive even though, necessarily, one would really like to be surrounded by them rather than listening through speakers. Picking a "favorite" track seems strange, but "Grand Etang at dusk" has a lot going for it, including a wonderful, if brief, shower. I get the impression that Alexis has done some post-recording layering, not sure. In any case, while it's not the kind of thing I'd normally find myself going out of my way to listen to, I can't quibble with the quality of the sound--it's routinely dense and intriguing. If you're at all into pure, natural world field recordings, this is right up your alley. 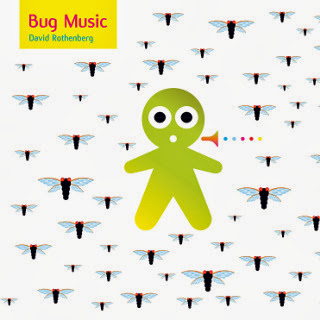 Not Don Byron (just wanted to get that out of the way).

Reed player Rothenberg accompanied by a cast of thousands, if not millions. 16 shortish tracks wherein Rothenberg (plus the odd human accomplice) is heard amidst cicadas, katydids, leafhoppers, crickets and the famed Lesser Water Boatman and its (loudly) vibrating penis. The pieces are more or less "songs" and easily digestible ones at that, loping along in comfortable grooves. Rothenberg is a good player, has an especially nice sound on the clarinets, but treads a musically very safe pathway here. My first thought was that, if you're going to take insect sounds seriously (and, of course you would), why not try to deal with them somewhere on their own level instead of using them as a kind of exotic accompaniment? Judging form his website, Rothenberg has garnered a good deal of public notice from this combination of interests, appearing on the Today show, getting a profile in The New Yorker, etc., and it's easy to see why: the music itself, with the insectile garnish, is non-demanding in the way that Zornish NYC music has become in the last 20 years. The insects, which by and large are great, by the way, sound more adventurous than the anthropoid contributions which are very competent but staid. One of his press blurbs makes a comparison to the late Joe Maneri--now that might have been an interesting pairing, Papa Joe and some bugs. I found myself thinking back to a concert I saw at BAM in the mid-80s, David Byrne leading a host of Brazilian musicians, me in the audience thinking, "Those guys are so much better than you, Mr. Byrne. Please have the grace to leave the stage and let them play."

I don't mean to be too hard on this. Many people will greatly enjoy it the way they do Frisell, Garbarek and others. It's well played, well constructed and ingratiating. It just seems odd, to me, to relegate these presumed objects of fascination and awe to such a small supporting role, strikes me as a lost opportunity.