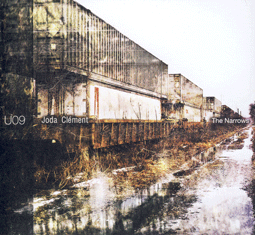 Labels tend to acquire a certain character after a while. When something arrives from Unfathomless I, fairly or otherwise, tend to expect something in the line of treated field recordings with a drony ambiance. That particular field sometimes works quite well for me, other times seems lacking, a mere collection of effects, made palatable by leavening with some tonal agent. This makes it all the more difficult to pin down what attributes make one work, for me, better than another. Surely some connection to the world, the hard world not the ideal, pastoral one, helps in my case. That may come in the form of "grit", as Simon recently observed, however introduced or it may be more abstract, a feeling that the real world is somehow "out there", if not directly referred to.

I was thinking of these things while listening to "The Narrows", a piece that straddles those lines. Clément includes field recordings that encompass both natural and man-made sounds, almost always gentle yet possessing a burbling sense of activity, through which are woven subtle, changing electronic tones that fill the drone role in a tonal manner that sometimes gives me pause, sometimes fits quite well. There's just enough sinew, enough depth in the twinings, to propel things along with sufficient force yet to have enough drag to satisfy the need for grain. Sometimes the throb itself oozes to the fore and carries the weight for a few moments, effectively so. Even if ultimately, I'd prefer something abstracted out another level or two, the music works pretty well here and will doubtless more than satisfy fans of this area and label. 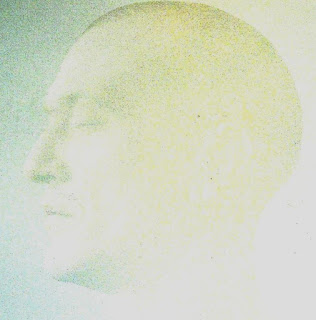 A 2007 release that Will Guthrie (who plays herein) was kind enough to send me and a very good one. The main track is a piece by Schafer (who committed suicide that year) featuring himself on organ pipes and electronics, Elisabeth Gmeiner on violin and Guthrie on percussion and microphones. I'm not familiar with his earlier work and don't know how/if this fits in, but it's wonderfully tense, the violin tracing a delicate, erose drone over similarly timbred pipes (apparently laid on the floor and activated, without much interference, by hair dryers), with wonderfully varied fluttering and clattering (though spare) percussion alongside. The violin hints at romantic lines but skirts their borders also managing to never become overly astringent. The music is very taut--it stretches then snaps back, expands dynamically, then pulls in; an unusual combination of a breathing quality with dryness, not stuffy at all but very low humidity. There's a hint of the ritualistic somewhere but that and any other reference point never become overbearing. Instead, one wanders around some large, strange room, dusty and eerie but pulsing. Oh, it falters now and then, but overall it's a pretty special piece.

It runs about 24 minutes and it followed by a kind of remix by Zbigniew Karkowksi, a frequent collaborator of Schafer's. It's fine, more violent and overtly electronic that its source, but is really just an adjunct to the main work.

Well worth tracking down if it's still available.

heh, the Schafer is actually a 2012 release and not out yet, official release date Feb 27.

Yeah, I just got a another copy direct from 23five...I saw the copyright 2007 inscription on the back of the disc but managed to miss the Published 2011 one....