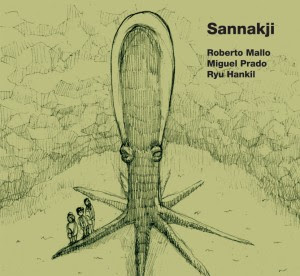 Mallo (alto sax, amplifier), Prado (plastic tapes, bags excited with motors) and Hankil (speakers with Piezo vibrations) craft a really nice, quiet, intense session here. The first of the two long tracks especially is abuzz with insectile sounds, sputters, faint whines, kind of like a small pool of water alive with bugs, gases, currents--low key but always very active. Space eases in as the piece progresses, the gases dissipating a bit, the crawlies burrowing under. It's a very fine subset of sounds, rather unique in some ways and quite bewitching, well arrayed.

The second track begins similarly, a delightful spread of ticking sounds especially, but expands out a good bit into a wider palette, particularly the amplified sax of Mallo, a high, dry tone, and some fairly loud electronic interruptions. It's somewhat more disjunctive that the earlier piece but that's likely a good thing--it may not feel quite as whole or "successful" but it shows the trio not resting once they've accomplished something, instead fanning out for other game. A fine job, an excellent listen and nice to see the Galician/Korean connection. 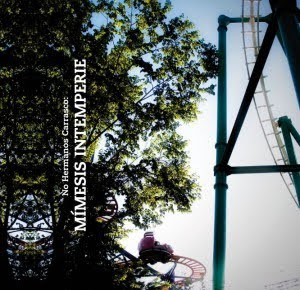 In which the brothers Carrasco (Edén, saxophone, hoses, bell, idea, production) and Nicolás (violin, objects, production mix) place themselves in two different environments, outdoors, and play discreetly. The first seems to be in or near an amusement park (aside from the cover image, there's nothing quite like the screams of children on roller coasters), the second (following a couple minutes of silence on disc) at some remove from concentrated activity, the sounds of birds, ducks and wind dominating those of motors and sirens. In each, rap and rock bass lines percolate through the mix on occasion, blurred, from a distance. Also in each, the Carrascos play fairly unobtrusively, sometimes making recognizable sounds on saxophone and violin, other times leaving it to the listener to guess if it's them or the environs.

Overall, I wasn't so struck by the outcome (Richard enjoyed it much more than I did, however). I found the instrumental playing, actually, a bit more self-conscious than I wanted to hear--the violin work on the second track, for instance), where it sounds overly imitative of birdsong. Not always--sometimes things blend finely, but often enough that it bothered me. I did find the pieces more successful when I stopped really listening for detail and just allowed all sounds to, as best I could, achieve equilibrium, more easily done in the amusement park track than the following one.

Nice idea and, possibly, one that could be more easily sunken into were one present at the time, ideally a distance away from the brothers, so as to let their sounds come and go more smoothly amongst the others. 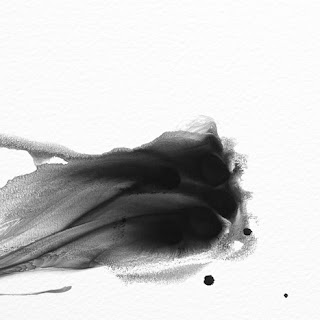 One of those all too rare experiences when an entirely lovely recording drops in from out of the blue, or Canada in this case. Though not much info is provided, both appear to be utilizing electronics of some sort and the three pieces are live improvisations. They share an extreme delicacy and quiet, combining faint sine-like tones with various other small sounds, buzzes, clicks, etc., all spread out, gently pricking the space, weaving this way and that. By description, it doesn't sound all that different from any number of efforts in recent years, but something about this one stands apart--the sensibilities involved are unique and, I get the feeling, simply more intelligent than many, making subtle choices that you don't come across often. You think you have things pegged then, on the second track, they don't so much as veer off as take an adjacent path that was there all along but untrod, introducing brief, low flutters and tiny snatches of spoken word, coloring the field in an unexpected but, retrospectively, absolutely appropriate manner.

The final track seems to bring in all these elements, but again, very low key, very subtly. Something about it just gels even more than the first two, feels even more a natural extension of one's room space. Really good, better than I'm able to delineate here.

It'd be a shame if this one gets overlooked. Do yourselves a favor and check it out.

"In which the brothers Carrasco"

I was also under the impression that they were brothers, but as the artist name "No Hermanos" tells us and as I confirmed via Nicolas, they are not actually brothers.

I'm a fan of Sannakji, but for some reason, it has not been selling via me at all. maybe your review will get it moving a bit, fans of the Seoul scene should definitely grab it.

hah, interesting. Not knowing Spanish too well, I figured "No" here was in line with something like "Nos", ie, some variation of "our".