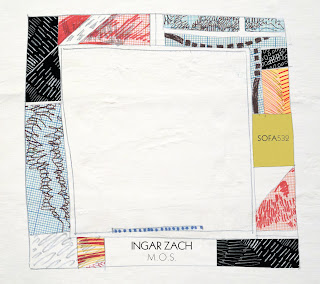 Maybe it's the influence of Jason Kahn, but I seem to be hearing more improvised percussion discs that deal explicitly with rhythm, notably Jon Mueller's recent "The Whole". Zach has always had this propensity and, on the fine "M.O.S." he unleashes it without reservation. Using a gran cassa, a large, horizontally oriented bass drum, as a resonator along with his tried and true sruti box and drone commander (an electronic device, I take it), he establishes a rapid, consistent tempo, fading in an out of dronier passages. Though the beat is steady, the nature of the percussion used makes the actually sounds cloudier and more indeterminate, providing a really attractive balance between the regular and the hazy. Over 37 minutes, Zach effortlessly maintains interest, deftly varying texture and pitch while keeping the general tenor of things in a sonically juicy area. Very enjoyable. 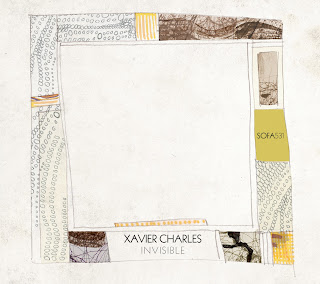 Solo clarinet, three tracks. The first ("Rouge") is an exercise in breath and guttural technique, nothing so unusual on that front but Charles handles it well, keeping a forward propulsion, gradually getting more and more garrulous before abrupting ceasing; good, tough piece. "Jaune" begins with birds and park sounds--faint voices, water maybe, calm traffic, softly rumbling engines. About seven minutes in (out of 23), it's as though we hear the clunking sounds of Charles setting up (perhaps we do) and are then treated to a fine section of held, subdued multiphonics, well integrated into the environment; fine work. "Orange", also recorded with ambient sounds in evidence, is more stop-start and frenetic, recalling early Braxton experiments along similar lines. Still, Charles manages to wring something new out of the "tradition", exposing some lovely facets.

Both of these discs contain solid work and are worth hearing, perhaps more for the adventurous free jazz fan than the eai aficionado.