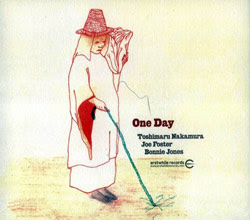 (I know, I know, that's not the proper cover--but I can't locate an image of one more than about an inch square anywhere....)

Very tough, excellent recording, hard (for me) to fully grasp--don't know that I have, yet--but I like it a lot. I often have this problem with "open-circuit" musicians, probably not for any good reason--it takes a while for things to sink in. Might also have to do with the way this music straddles and hops around the middle ground between extended sounds and isolated ones. Just when you're beginning to appreciate something on a drone-like level (more hum than drone, actually), it breaks off and just when you're beginning to enjoy the placement of small, crackly sounds in space, a hum sets in. You kind of have to aurally "step back" and reconcile the two--or I do, anyway, and that's only one thing going on here. Took me a good four or five listens to do so and I'm happily bathing in the music at this point. Really good, really challenging. After all's said and done, maybe my favorite release this year.

[Ok, here we go--it's a beautiful cover, worthy of reproduction] 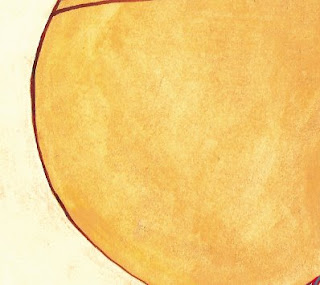 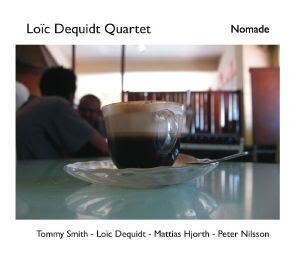 I never quite understand how certain items find their way to my mailbox, though I'm generally grateful that they do. This is, by my tastes, an odd example of that phenomenon. Loïc Dequidt's "Nomade" (Kopasetic) is a quartet date with the leader on saxophones, Tommy Smith (I take it something of an ECM veteran) on piano, Mattias Hjorth on bass, and drummer Peter Nilsson. [Edit: Oy, I'm an idiot--see comments below. That's what I get for not reading the credits more closely. My general evaluation stands, however] I guess there are many of these types of musicians around, that is, Jan Garbarek disciples, but it's still a bit shocking to hear what sounds for all the world like a mid-70s Garbarek session. Odder still that, were it the case, it would be a really good one, something maybe short of "Witchi-Tai-To" (though probably at least as good as "Nude Ants"), but not unreasonably so. Now, I don't particularly understand why one would want to replicate the music some 30 years after the fact, but if that's your thing, give Dequidt a try--very strong on its own terms. 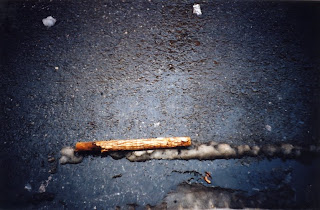 A quartet date, recorded in 2003 but just released, with Mike Bullock (bass), James Coleman (theremin), David Gross (alto sax) & Steve Roden (voice, objects, electronics) on (1.8)sec. Solid, quiet (mostly) improv recording with, occasionally, a bit of a ritualistic sound, as in the second cut (an excellent one) where Roden & Bullock (I think?) set up a slow, deep pulse, Coleman and Gross breathing above--very effective. Some of the best work I've heard from those involved. 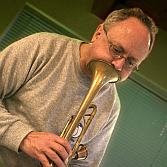 Inveterate loon (I mean that in a good way) Tom Djll has teamed up with electronicist/turntablist/film maker Tim Perkis in a duo called Kinda Green (recorded three or four years ago), and has issued a self-produced disc that may not be available anywhere other than through the principals (try Tom's MySpace page). While my exposure to Djll's music in the past has been relatively small, what I have heard tended to contain more of a wacky component than I was typically comfortable with. While there's certainly a healthy dollop of wackitude (including some echoes of Sun Ra's goofier synth work) herein, there's also a level of restraint at play, a sense of molding the burbling hysteria, that works pretty well. The highlight is the 23-minute "Sagebrush Drip Kyrie", a cool, low-key rumination with much subtle variation in texture and color that maintains focus and commands attention throughout, with minimal joking. Strong piece.

Went out to fotofono in Brooklyn for the first time last night, experiencing a reasonably satisfying trio of performances--Will Guthrie, (great to see you again, Will!) solo, constructed an enjoyably rocky and bumptious set making much use of heavy springs strung across inverted cymbals and other amplified objects and dangling wires; he elbowed his way toward a couple of fine coalescences of sound.

Barry Weisblat (electronics) and Andrew Lafkas (string bass) played an unusual set where both stayed, for the duration, in a fairly tonal drone area, Barry playing far more smoothly than I've ever heard him before, Lafkas bowing richly. For the first six or eight minutes, it was absorbing but then something--always fascinating to try, unsuccessfully, to quantify exactly what--went awry and the remainder of the music failed to gel.

Guthrie then returned for a trio with Howard Stelzer (excellent meeting Howie for the first time!) on electronics and cassettes and Newton Armstrong on laptop. As in the opening set, it was deliciously awkward and pothole-filled with some fine music emerging from the inevitable collisions. Very nice mass to the sounds.

Nice, intimate place, Fotofono, too--something of a living room where about 20 can fit with not too much discomfort.

that should be "jell"

I admit to sometimes being at a loss as to which form is proper. My tendency is to go with "gel" as you leave behind the edible jelly connotations of the other. Though any eai performance I could conceivably liken to a spoonful of blueberry jam would necessarily be pretty good.

The OED lists jell as a variant spelling of gel, so I guess either is correct... though in the country that invented the language gel is used fifty times more than jell :)

Tommy Smith is the saxophonist and I think Dequidt must be the pianist. I've only heard a couple of Smith's albums and never even heard of the others -- one of the Smith albums is a not very ECM-y Duke Ellington tribute (which I remember as nice but a little one-dimensionally balladic), but I think he used to be a little more in the Garbarek vein.

Argh, idiotic me. Thanks for the correction--no excuses for not reading the credits just a bit more carefully. I think it just struck me as the saxophonist's date and, not knowing the musicians previously, I went on that assumption. But as Felix Unger said.....