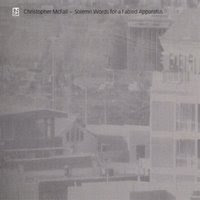 Christopher McFall was responsible for a good record last year on entr'acte and here's another on Gears of Sand, "Solemn Words for a Fabled Apparatus". I'm still at something of a loss to quantify how one criticize field recordings except, obviously, insofar as one can detect the degree of construction that takes place on the part of the assembler. Even then, it likely is at least something to do with how one does it oneself, that is, how one organizes ambient sound when in a situation where one is thinking about it, say, standing on a street corner listening to what's going on. In any case, I get the sense McFall has done quite a bit of post-recording organizing here--there's more than a whiff of Ferrari--and I like what I hear. It's full, curvy, a-bubble with sounds that seem, more often than not, to derive from air, fire and hums (as opposed to clatter of one kind or another). Almost as enjoyable as doing it oneself. Good work. gears of sand 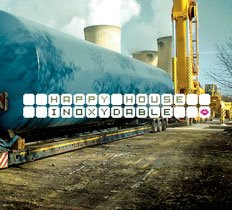 There are things that baffle me. Groups like Happy House, for instance. Presumably named after the Ornette tune, the quartet (Olivier Benoit/guitar, Julien Favreuille/saxophone, Nicolas Mahieux/bass, Jean-Luc Landsweerdt/drums) doesn't sound like Prime Time, which would be anachronistic enough, but instead sounds like a recreation of early Jan Garbarek, even earlier than the fine ECM bands, I'm talking Esoteric Circle from about 1967 (especially the Rypdalian guitar). Now that was an excellent group and what Happy House does, I guess you could say it does well, but to what purpose? Flashy, muscular, proto-jazz rock 40 years after the fact. Interesting question why Esoteric Circle remains very easy to listen to while this is a chore, but...that's the case. circum-disc
Posted by Brian Olewnick at 4/13/2008 03:19:00 PM